What Happens When All Bitcoins Are Mined?

Bitcoin (BTC) is the largest digital currency in the world, and it’s also the first cryptocurrency ever.

When BTC was launched in 2009 after the publication of the BTC whitepaper by an anonymous developer called Satoshi Nakamoto , the currency was designed as a form of digital cash.

But Bitcoin differs from regular fiat money in an important way. While state authorities and central banks can (and often do) print new units of currency, one of the key characteristics of Bitcoin is that it doesn’t have an infinite amount of coins.

Bitcoin has a hard cap of 21 million coins, the total amount of coins that will ever exist. Currently, there are a little over 19 million coins in circulation, and thanks to the Bitcoin mining process, new coins are constantly mined.

Let’s look at how the BTC blockchain works and find out what will happen once the final 21 millionth coin is mined.

How Does Bitcoin Mining Work?

Bitcoin transactions are actually cryptographic messages that shift specific amounts of BTC from one public address to another. Anyone can monitor all BTC transactions through a Bitcoin block explorer platform. However, to facilitate a transaction, you must have the appropriate private keys that prove your ownership over the BTC in a specific public address.

To conduct a transaction, you need Bitcoin miners. Bitcoin uses a decentralised model where thousands of miners serve as network nodes to validate transfers. When you initiate a transaction, it goes into the BTC memory pool, where miners pick it up for processing. You also have to attach a transaction fee to your order to incentivize miners to process your transaction. The higher the fee, the sooner a miner will choose your transfer for processing. 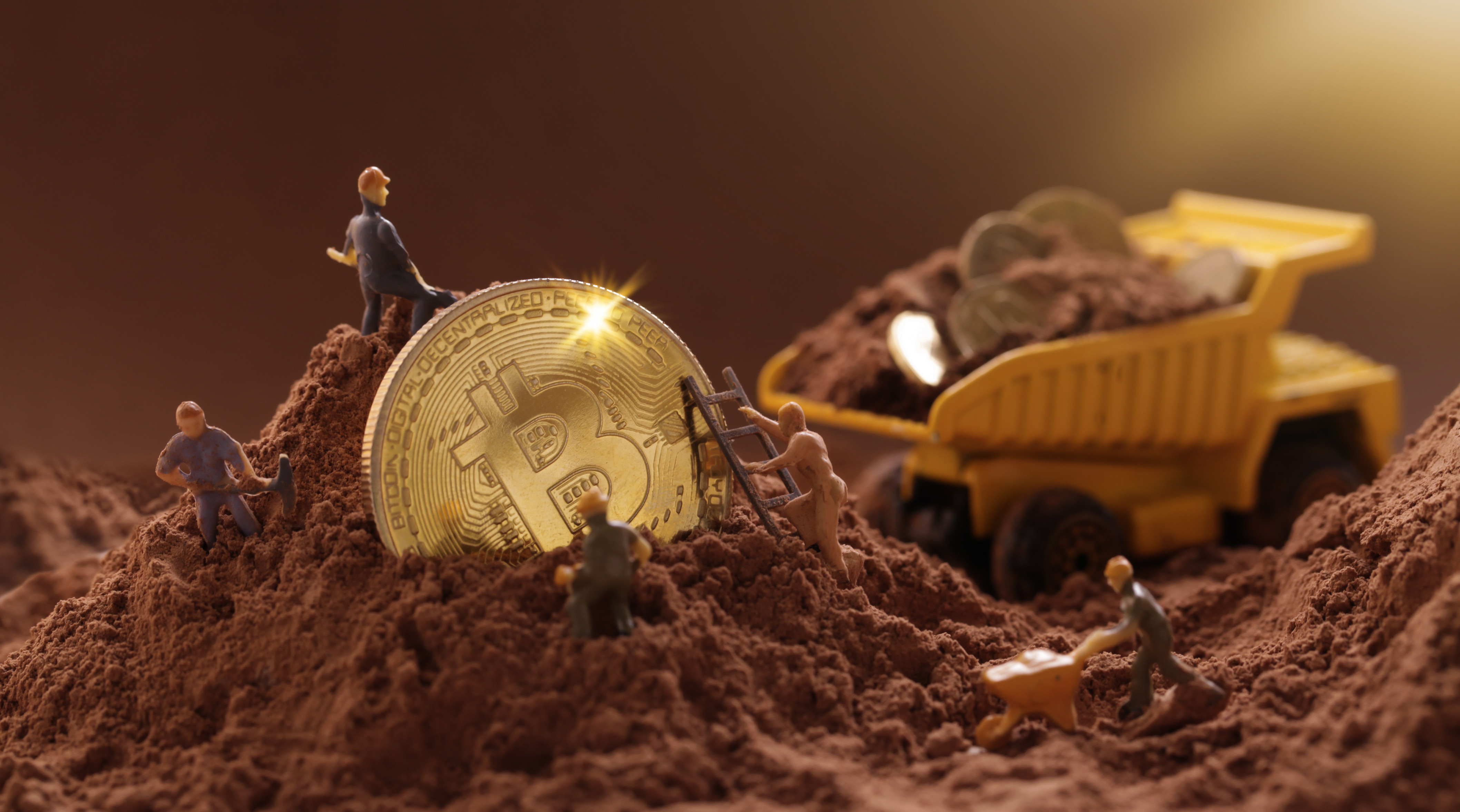 The miners come up with several 64-digit alphanumeric hash combinations, one of which might fit your transfer and prove its validity. When they finally find the right hash for your transaction, the miner uses it as a Proof-of-Work (PoW) that your transaction is legit and shares the hash with the rest of the blockchain. Once the hash receives a couple of additional confirmations from other miners, your transfer is added to the next block of the blockchain, and it’s processed to the destination address.

The blockchain creates new blocks every 5 to 10 minutes, and with each new block, a certain amount of new BTC. That’s how all bitcoins are created. Miners receive these freshly mined bitcoins as a reward for their services.

The amount of coins produced by mining changes over time thanks to Bitcoin halvings, an internal mechanism to control BTC inflation and ensure Bitcoin stays scarce.

When Bitcoin was launched, the mining reward for every new block was 50 BTC. That might seem huge now, but back then, it was practically worthless since Bitcoin was worth a fraction of a cent. However, as Bitcoin adoption grew, so did the coin’s value.

The halving mechanism was designed with anticipation of Bitcoin’s growth. That’s why roughly every four years, or every 210,000 blocks, the block rewards are halved. The first halving was in 2012, the second in 2016, and the third halving in 2020, effectively cutting the BTC block reward down to 6.25 BTC per block. 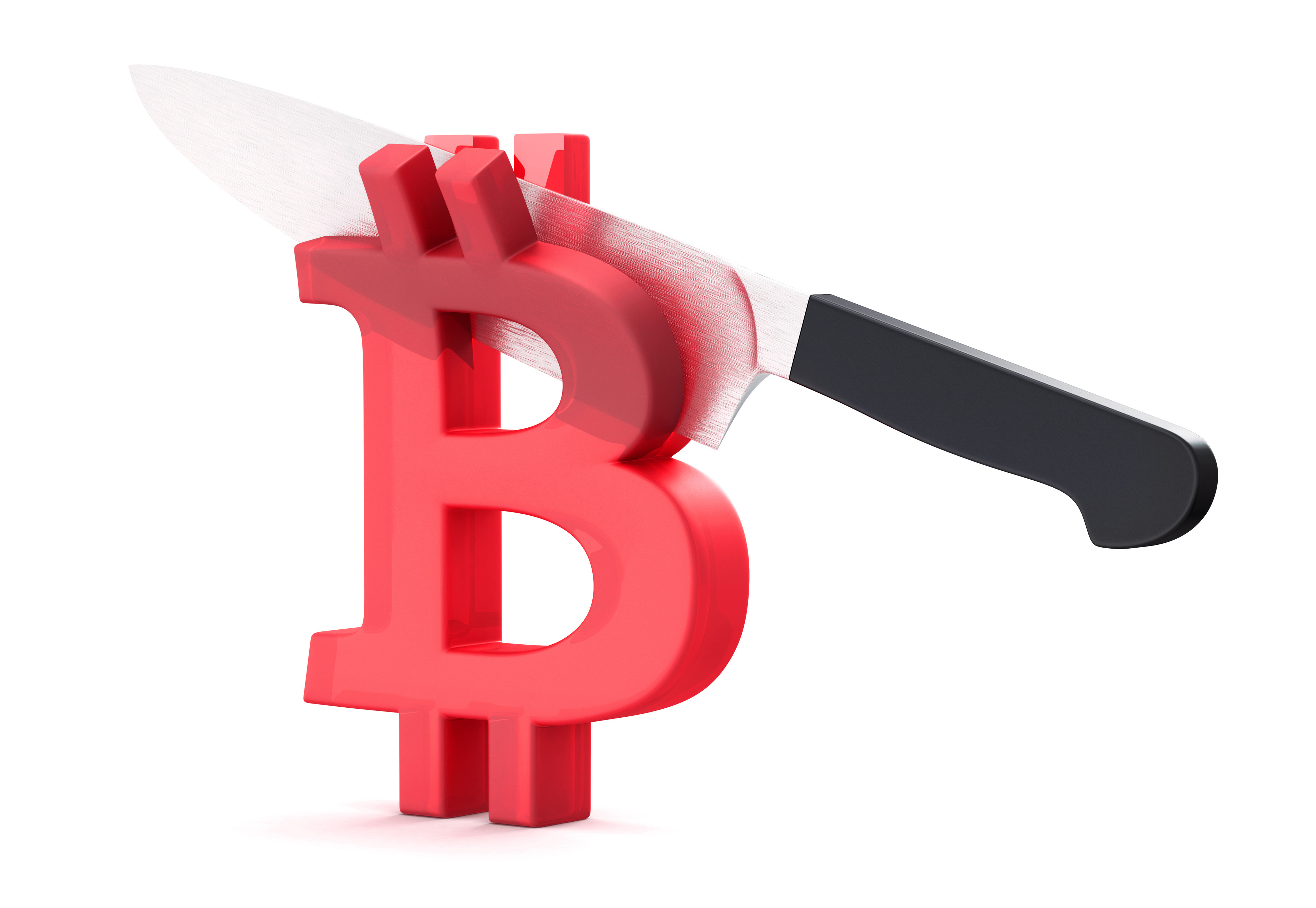 That means the Bitcoin production rate decreases over time. It's also becoming more difficult to mine BTC due to the number of people trying to profit from mining efforts. All these facts contribute to Bitcoin scarcity.

However, as the price of BTC grows, so does the fiat currency value of the mined coins. For example, a block reward of 6.25 BTC at a price range of 18,000 to 25,000 USD per coin is incomparably higher than the initial 50 BTC block reward at a value of less than 1 USD per Bitcoin.

Bitcoin will continue halving until all 21 million coins are mined.

When Will Bitcoin Reach 21 Million Coins?

Considering the current tempo of Bitcoin halvings and block creation rate, miners are expected to mine the last 21 millionth coin in 2140.

Although the total amount of BTC will be 21 million coins, it is estimated that around 20% of all mined BTC is lost due to holders losing access to their crypto wallets or passing away. Remember, without the right private keys, no one can access the BTC in a specific public address.

Another 60% of all coins are held as a store of value, so only 20% of the total BTC supply is circulating on the market. It remains to be seen what will happen to the nearly 2 million bitcoins that are yet to be mined.

So What’s Next When BTC Reaches the 21 Million Mark?

Given that there are more than 100 years until the last Bitcoin is mined, there’s a chance that the BTC blockchain will undergo changes that either slow down or speed up the process. After all, Bitcoin is barely over 10 years old, and there is a long time to go until the final coin is mined.

However, if everything goes according to plan and the Bitcoin blockchain continues operating flawlessly, it will reach the 21 million mark. This leads us to the logical question of what will happen when all coins are mined.

It’s thought that the transaction fees will increase if Bitcoin grows in value. If BTC prices continue to rise over time, miners might also charge higher fees. That way, processing transactions will become profitable enough for miners to continue validating transfers.

At the current production rate, the last BTC will be mined in 2140. Until then, the block rewards will halve every four years (or every 210,000 blocks), slowing BTC production and increasing its scarcity. Once the last BTC rewards are mined, miners will no longer receive new bitcoins for their efforts..

It remains to be seen how Bitcoin miners will react to this change, but the most logical turn of events is that miners will simply shift toward profiting from transaction fees.

If you want to learn more about Bitcoin and its future, be sure to check out our blogs at MyBTC.ca