On October 31st, 2008, the pseudonymously named “Satoshi Nakamoto” released the original Bitcoin whitepaper which outlined the roadmap for what would become the benchmark cryptocurrency that we know today.

The document is a quick 12 point, 8 page read that shaped the way the world views money, value and questions the necessity of using a third party when sending and receiving funds. Read the full whitepaper document here . 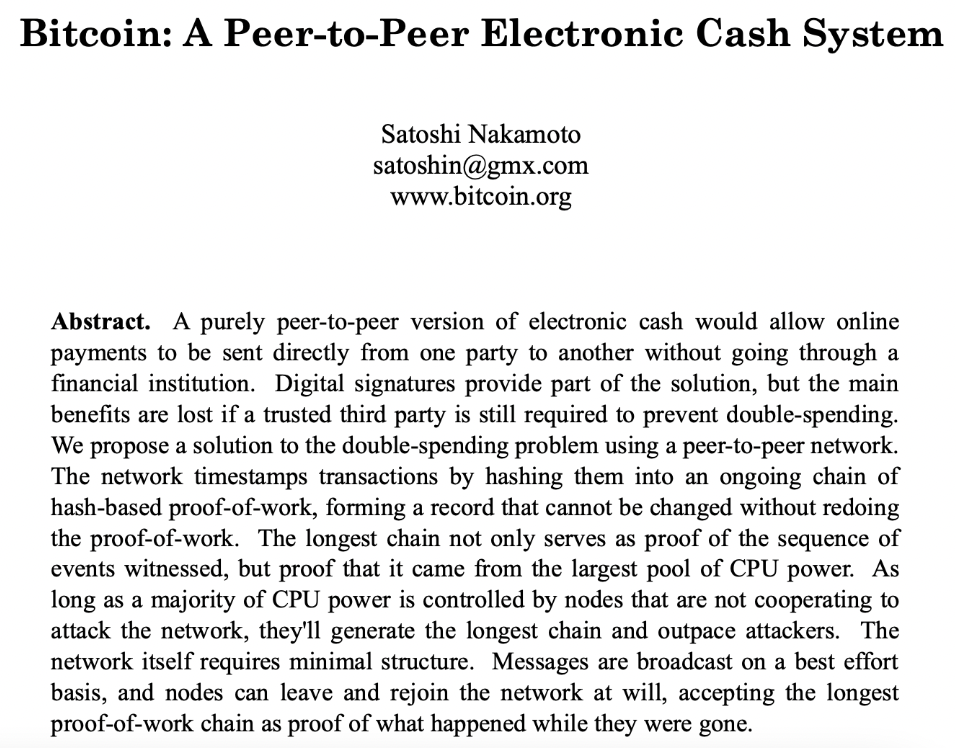 For the first time, like cash, one could now hand an amount of value to another virtually, as far as the internet extends — without the aid of a centralized third party acting as a clearing house. This amazing advent paralleled the inception of the internet itself, opened-up a wide range of possibilities for the future of money.

Appealing characteristics of Bitcoin as the pioneer cryptocurrency include being deflationary, decentralized and having expeditious transfer of value across the Bitcoin blockchain network. The Bitcoin project’s vision of trustlessness is arguably the main driving force which makes the concept of a peer-to-peer electronic cash system revolutionary in nature.

So, what’s changed since the whitepaper was released?

On 3 January 2009, the Bitcoin network was unleashed onto the world. “Satoshi Nakamoto” mined the genesis block also known as “Block 0”, that had a mining reward of 50 BTC which is worth ~$1,545,226 CAD at the time of writing. To put things into perspective, 12 years ago today, Bitcoins were only worth ~$0.10 CAD. Reading something like that helps us understand why time machine films are so alluring.

On May 22, 2010, the now infamous two pizzas were traded for 10,000 bitcoins. This was the first real transaction for barter or trade in value from one party to another and is considered to be the beginning of Bitcoin as we know it. Although the pizza purchaser may have some regret, this transaction is seen by many as a trailblazing sacrifice that paved the way for what was to come.

In the years following the launch of the bitcoin network, there have been many forking events (both soft and hard forks). A fork is what occurs when there are changes in the blockchain where the protocol is divided into two. The result is the network then operates on each of the branches using the old and new protocols. An easy way to understand forks is to think of a fork in the road that takes you in a new direction, away from the path previously traveled. The most well known forking example may be Bitcoin Cash (BCH). Other examples include Bitcoin Classic, SegWit2x and Bitcoin Gold. 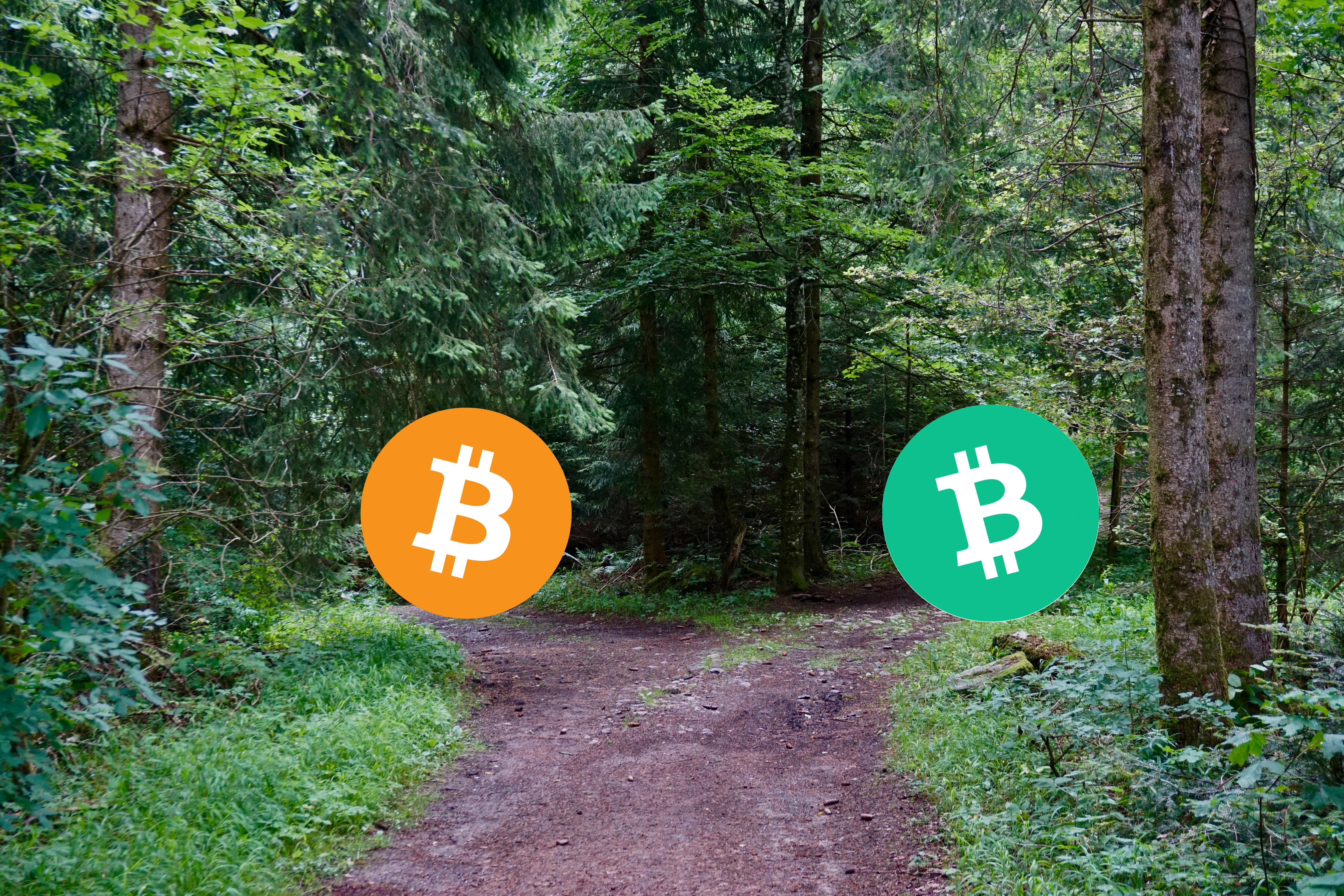 Another advancement includes the Bitcoin Lightning Network which was developed back in 2016 to tackle the speed and cost in mining fees of Bitcoin transactions. The Lightning Network is a 2 layer solution, meaning it doesn’t need to alter the Bitcoin protocol in order to operate on the Bitcoin blockchain. The upgrade is still relatively new and has some vulnerabilities, although unexploited to date. Some experts profess that addressing and fixing found issues collaboratively along the way will ultimately strengthen the new network.

When pondering where the BTC has taken us, the bull runs of 2017 & 2020/21 come to mind. Since the Bitcoin whitepaper the price of BTC has been on a skyward trajectory which turned the original crypto from a hobbyist’s project to an upper class digital asset which took the world by storm. In 2017, when Bitcoin topped $20,000 USD up ~2000% from the year previous, it caught the attention of the globe and began to infiltrate mainstream news and other media outlets.

3 years later in 2020, it happened again which triggered the November 10th, 2021 all time high Bitcoin price — reaching a ~$68,700 USD per coin price level. The 2020-2021 bull run wasn’t the largest percentage gainer but tripled the previous all time high which resulted in many HODLers around crypto space wondering where the next ascending push would take Bitcoin.

It’s hard to imagine that an 8 page idea from a mysterious author would spawn into a half trillion dollar market capitalization, having breached a full trillion market-cap during the peaks of its performance. Each time the Bitcoin price corrects, the nay-sayers claim the #1 crypto has “died” or “crashed” — we’ve heard this over and again only to behold a new seismic event.

One can only wonder if Satoshi could have envisioned how the original whitepaper could have morphed into the cryptoverse as we know it today.

Would he have known this blockchain technology would mutate and evolve into the now thousands of digital assets, utility tokens, stable coins, soft and hard forks, layered networks and entire new blockchains for applications like Ethereum, that would give birth to smart contracts and non-fungible tokens?

To which extent did the unknown creator foresee such innovation and what else did they project would occur after launching the Bitcoin network? We know the illusive person or group understood that participants could vote on updates to the network, but what other prophecies did “Mr. Nakamoto” include in their vision of the future that perhaps they chose to leave to the next generation of developers.

We have not heard from the Bitcoin creator in quite some time — so until those time travel science fiction films become science fact, we can only be left to imagine.