How to Stake Ethereum

For many investors, the true goal is to have their money work for them in the form of recurring dividends. Unsurprisingly, this is no easy feat in the world of traditional banking, considering the time commitment and accompanying expenditures involved in this process. The cryptocurrency market, however, offers an alternative that might make passive income targets a reality. Staking cryptocurrency is where it's at right now.

With Ethereum 2.0 (ETH2) , the Ethereum network is transitioning from a Proof-of-Work (PoW) to a Proof-of-Stake (PoS) model on the Beacon Chain . The upgrades are being implemented in three stages to increase scalability and throughput, reduce costs, and reinforce blockchain security. This improvement also makes way for cryptocurrency staking and ETH-based incentives as a popular method to earn passive profit. 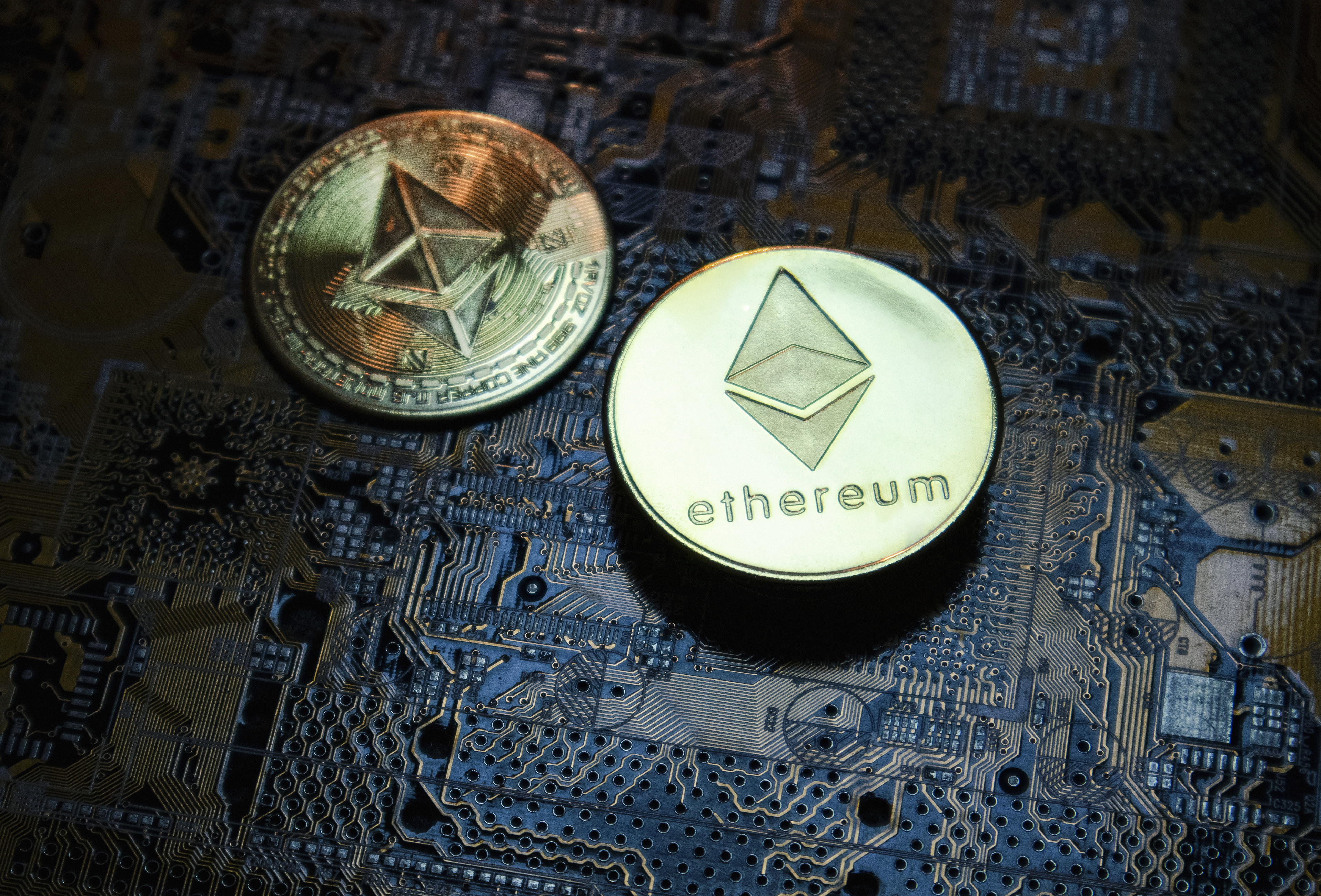 Now, if reading about this passive income option gives you FOMO thrills, head to our crypto MyBTC.ca marketplace to get some ETH, then read on to learn how to stake your coins and maximise your crypto earnings.

But first, let's look at the backdrop of the innovative concept of staking cryptos and the investment approach it underpins.

When using a Proof-of-Stake (PoS) blockchain, staking means taking part in the process of validating transaction data blocks on the network, which is comparable to mining . Validating transactions and earning staking rewards on these blockchains is open to anybody with the required amount of a staking-eligible coin in their wallet.

More precisely, the PoS consensus is employed by a blockchain to put your cryptocurrency to work when you lock a certain amount of coins on a platform, i.e. stake it. In contrast to the Proof-of-Work (PoW) protocol, which incentivizes crypto miners to verify transaction blocks by solving challenging cryptographic puzzles, the PoS protocol validates the blocks by rewarding users for making a vested financial interest in the blockchain.

Finally, the blockchain will prioritise the transactions (which can be confirmed using the PoS protocol) based on the number of coins you have locked on the platform. Also, validators have the opportunity to earn a reward with each transaction they verify on the blockchain.

How to Stake ETH?

Staking enables you to receive rewards automatically just for holding your cryptocurrency. To participate in the process of validating transactions and creating new blocks in a cryptocurrency network, coin owners can stake their coins and become validators. Apart from the staking rewards, some blockchains provide the validators with additional incentives and voting/control rights on the blockchain's development.

The second most common approach for crypto investors with less capital who wish to engage in the staking procedure is to delegate the control of their money to someone else in exchange for a cut of the profits. In sum, delegators are exempt from the node hosting duties and may instead focus on outsourcing by putting up a smaller sum as an investment and sharing the staking profit.

Ultimately, no matter which course of action you take, the network will compensate you according to a set of rules that takes into account your currency balance, coin age, maturity, value, and so on.

Where to Stake Ethereum?

Many crypto exchanges provide staking incentives on at least a few currencies, making them a convenient route to passive earning for beginners. You can also use a Staking-as-a-Service platform (SaaS), a staking pool, or a DeFi lending platform.

What Is the Potential Income from Ethereum Staking?

The profitability of staking ETH is proportional to the amount and network where you stake your coins. If total staked ETH declines, the APR (annual percentage/interest rate) rises, and vice versa. Nonetheless, it's vital to remember that the amount of staked ETH won't alter until ETH could be redeemed sometime following The Merge. The overall payouts and incentives are also directly correlated with the amount of staked ETH.

Basically, an increase in the number of validators will result in a decrease in the base reward (B) for each validator. Speaking of incentives, block proposers receive 1/8 B, while attesters might earn up to 7/8 B for their efforts, based on how promptly they provide their verification. These rates of annual interest can be anywhere from 6% to 15% per year.

Similar incentives can be obtained through the use of SaaS or pooled staking, but the costs associated with the operation and maintenance of the system are eliminated. If you plan on staking ETH through a centralised exchange, you're up for variable rewards depending on the platform's conditions which generally range from 4% to 6% APR. 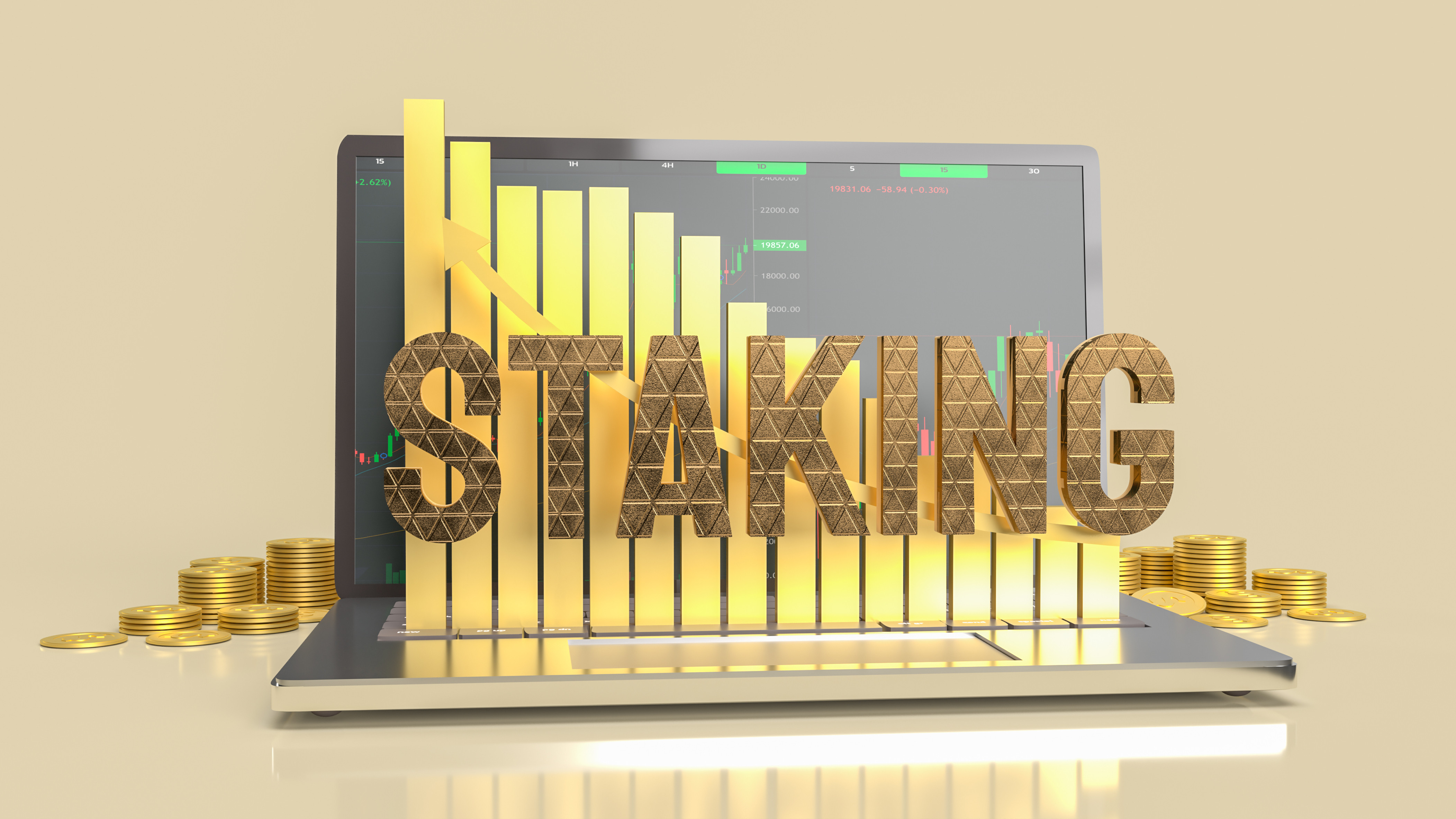 Is It Safe to Stake Your Cryptocurrency?

Staking cryptocurrencies comes with some risks, as does any kind of investment, and this risk is most obviously seen in the form of price volatility. For instance, if the value of the digital asset you're staking decreases, the capital gain you get by staking might not be sufficient to compensate for the loss.

Furthermore, you risk losing your money if a recently established DeFi project that promises high-interest rates suddenly fails. To avoid this scenario, you should be confident that the developers of the cryptocurrency you are staking aren't planning to abandon their crypto endeavour any time soon by looking into the coin's development roadmap.

Perhaps more importantly, you must consider how you can use the coin you want to stake in the real world. At this point, it's important to note that many altcoins eligible for staking do not fare well on the market, which means that you don’t get to earn as much on them, despite the high annual interest rate assigned to them.

Luckily, this doesn’t seem to be the case with Ethereum, which has remained the second-largest and most popular cryptocurrency for years.

The Future Potential of Staking Ethereum

Even while consensus protocols have vast untapped potential to revolutionise the financial sector in a number of ways, the issue of scalability has not yet been resolved. That’s one of the main reasons why Ethereum decided to migrate to a PoS blockchain.

Namely, by switching from Proof-of-Work to Proof-of-Stake and implementing sharding, the Ethereum network's throughput might be increased tenfold without compromising decentralisation. Also, with the network shifting its focus from computational power (needed for the PoW) to staked funds (required by the PoS), ETH's staking potential will improve significantly as a result of this protocol migration.

When it comes to staking Ethereum (ETH), it seems that you have nothing to worry about, except for the taxes, of course. The reason behind this conclusion is that ETH is one of the most popular and well-established crypto projects that will almost certainly result in a surplus of funds on your balance. Yet again, whenever dealing with inherently volatile financial products such as all digital assets, you should never be too complacent.

Therefore, for safe, secure, and potentially lucrative staking operations, you should ensure that all other aspects fall into place flawlessly (particularly the security of the platform, the exchange's approach to safeguarding your assets, and the staking requirements).