Bitcoin, the world’s most popular cryptocurrency and one of the most profitable assets of the decade, has become a part of our mainstream culture both as an investment and a topic of interest to economists, politicians and even celebrities. But behind the celebrated asset lies a huge mystery that remains unsolved to this day: Who invented Bitcoin?

Even though journalists and Bitcoin fans around the world have been trying their best to find out the real person behind the world’s most famous cryptocurrency, all attempts to put a face to Bitcoin’s pseudonymous inventor Satoshi Nakamoto have failed. There have been several theories with possible candidates throughout the years, with guesses ranging from famous cryptographers to businessmen and even the CIA.

Let’s dive into the puzzling mystery of Satoshi Nakamoto, explore all the clues they left in their wake and some of the most popular theories about their identity.

Who Is Satoshi Nakamoto?

As Bitcoin’s popularity continued to grow over the years, more and more people started to put together the clues the enigmatic creator(s) left in their wake. However, following Satoshi Nakamoto’s digital footprint turned out to be a harder feat than anybody had guessed. Journalists and crypto enthusiasts went over the founder’s Bitcointalk forum messages and his public emails with a fine-toothed comb, but their efforts didn’t pan out much. Satoshi had been careful to hide his real identity and hadn’t revealed any personal information about themselves to anybody.

Of course, the lack of evidence doesn't mean there hasn’t been ample speculation about the Bitcoin founder’s identity. Let’s look at some of the most popular Satoshi Nakamoto candidates the cryptocurrency community came up with! 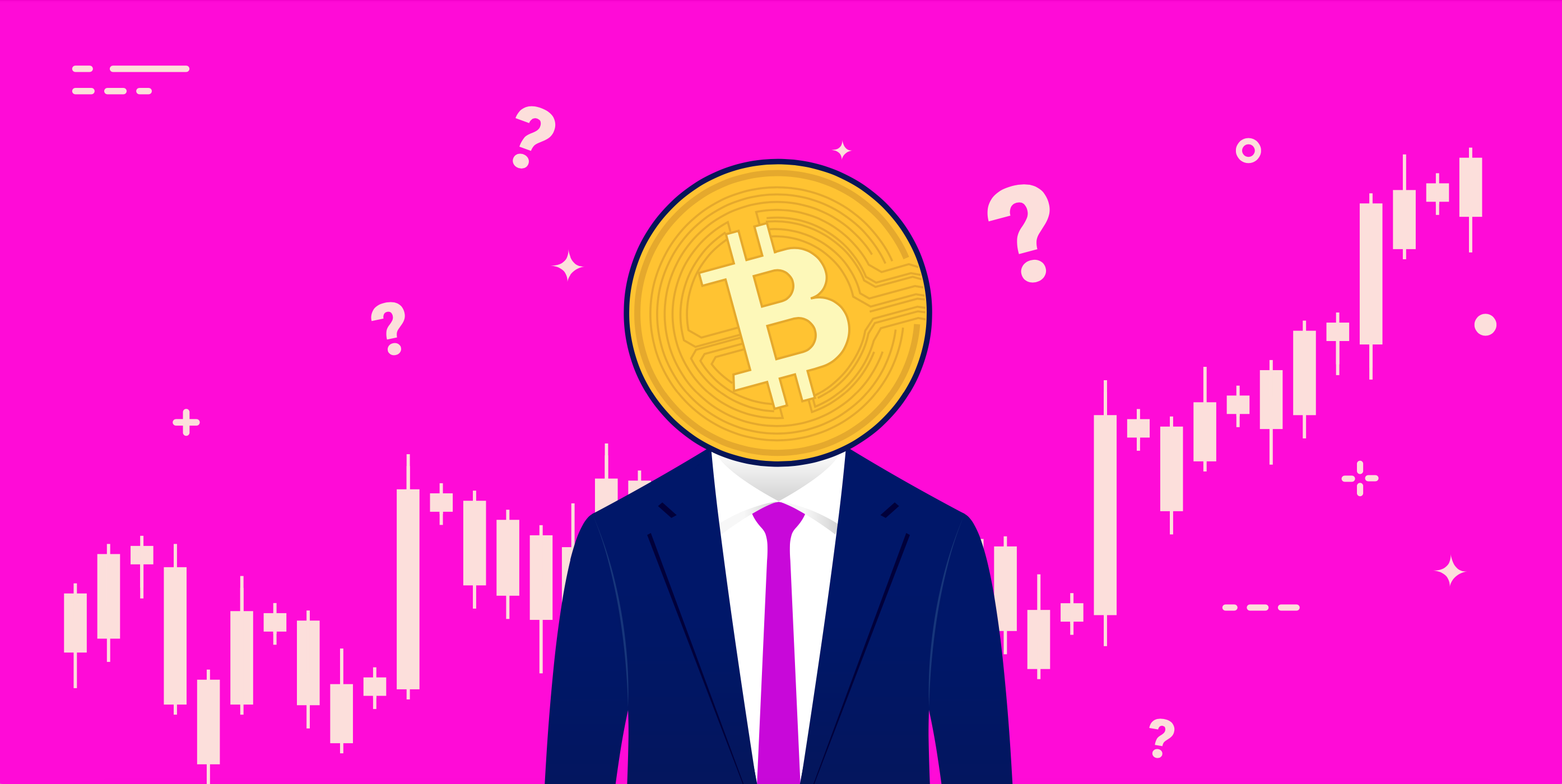 Google Satoshi Nakamoto, and you can see the pictures of an elderly Asian man with glasses, facing the camera with an unimpressed look. Despite the pervasiveness of the picture, the man in question isn't Satoshi Nakamoto. He is, in fact, Dorian Nakamoto, a retired engineer who was named as the creator of Bitcoin by a Newsweek article published in 2014.

While the author of the piece argues that Dorian Nakamoto confessed to being the enigmatic Bitcoin founder, Dorian denied all the claims in a press release after the fact, suggesting he had nothing to do with the world’s first cryptocurrency.

After Dorian Nakamoto asked the members of the press and excited Bitcoin fans to kindly leave him alone, a dormant forum account that belonged to Satoshi Nakamoto came online to leave a brief but clear message: “I am not Dorian”. Along with Dorian Nakamoto’s staunch rejections, the message has convinced most of the crypto community that the man in question wasn’t Bitcoin’s founder.

Hal Finney, a cryptographer who had been very active in the Bitcoin community since its very beginnings, is also one of the internet’s favourite Satoshi Nakamoto candidates. Finney had been in contact with Satoshi Nakamoto before the launch of Bitcoin through email and even helped debug Bitcoin’s code. He was also the recipient of the first-ever BTC transaction: he received 10 BTC from Satoshi Nakamoto while they were testing the Bitcoin code.

Hal Finney lived in the same neighbourhood as Dorian Nakamoto, and many thought he had borrowed the retired engineer’s name to hide in plain view under the moniker of Satoshi Nakamoto. In fact, Finney faced many extortion attempts from harassers who thought he was sitting on a stash of Satoshi Nakamoto’s Bitcoin.

But that theory too, proved to be a red-herring, as journalist Andy Greenberg found out after he sat down with Hal Finney for an interview. Finney passed away in 2014 due to complications from Lou Gehrig's disease.

Nick Szabo has been lauded as the Bitcoin’s mysterious founder by many people, including journalists, researchers, and crypto enthusiasts like Elon Musk. Researchers often cite his writing style, his interest in cryptocurrencies and his libertarian views to support their claim that Szabo is Bitcoin’s rightful founder.

Nathaniel Popper, the author of Digital Gold, penned an extensive essay on the subject, pointing out Nick Szabo had been writing about his own cryptocurrency project “BitGold” right before the Bitcoin whitepaper came out in 2008.

The comedian and author Dominic Frisby has also named Nick Szabo as the elusive Satoshi Nakamoto in his book “Bitcoin: The Future of Money” citing several factors. Forbes journalist Jeff John Roberts joined the fold in 2018, arguing that Nick Szabo is the most likely Satoshi candidate out of all other possibilities, as shown by several linguistic analysis’ attempts.

Szabo had written about his designs for BitGold, a cryptocurrency project that resembled Bitcoin strongly in terms of its structure and core ideas. However, he denies any connection to Bitcoin or Satoshi Nakamoto.

Finally, we have Craig Wright, an Australian businessman who claims to be Satoshi Nakamoto. Wired published a story regarding Wright’s relationship to Bitcoin in 2015, suggesting the businessman might be pulling a long con to convince the public he invented the digital gold.

Wright is probably the internet’s least favourite Satoshi candidate, and with good reason. Not only did he join a public battle with the Bitcoin community over the ownership of Bitcoin’s whitepaper, he also managed to get Bitcoin’s former lead developer, Gavin Anderson, to cosign his claims – something the retired Bitcoin developer regrets since Wright couldn’t provide solid proof to his claims. Wright frequently makes headlines in relation to his claims of being Satoshi Nakamoto, but there is no clear evidence.

Bitcoin began its journey back in 2008, with the release of the now-famous Bitcoin whitepaper. They launched the Bitcoin software in early 2009, effectively creating the world’s first cryptocurrency. But the inventor left the Bitcoin project in early 2010, leaving the further development of the digital asset to the Bitcoin community itself. His emails to fellow Bitcoin enthusiasts suggest that “he moved onto different projects.”

Their identity remains one of the most enigmatic mysteries of the cryptocurrency era. While there are ample theories about who is behind the world’s first cryptocurrency, the lack of solid evidence makes it impossible to know the truth for sure.

There is only one way we will ever figure out the truth: Either Satoshi Nakamoto tries to cash out their Bitcoin, and reveal their identity by proxy, or they come back into the fold and sign messages with their unique cryptographic key.

The mystery is definitely engaging: After all, whoever Satoshi Nakamoto is, they have more than a million BTC to their pseudonym, making them effectively a billionaire, if only they would come out of seclusion and sell their Bitcoin. Of course, that could spell doom for Bitcoin, a volatile market that teeters on a fragile balance between demand and scarcity. Perhaps, that is why the Bitcoin founder never revealed their identity or spent any Bitcoin they racked up during the first year of Bitcoin mining.

While the Satoshi Nakamoto mystery is an important part of the Bitcoin ethos, we can safely say that the world’s most popular crypto asset is more than one person’s invention, as hundreds of people continue to work on developing Bitcoin and keeping it secure. If you want to be part of the Bitcoin community, join us on MyBTC.ca and start learning how to invest in the future of money.