What Is Bitcoin Mining?

In 2009, Satoshi Nakamoto introduced Bitcoin as a peer-to-peer cash system that would enable people to communicate financially without being monitored or ripped off by centralized authorities and banks. It didn’t take much time for both institutional investors and the general public to recognize the power of decentralization — a universe where an algorithm replaces the function of the intermediaries. That is to say, the success of Bitcoin wasn’t an accident — in less than a decade, Bitcoin evolved from an alternate payment system into a global phenomenon, carving out a trillion-worth trading industry. 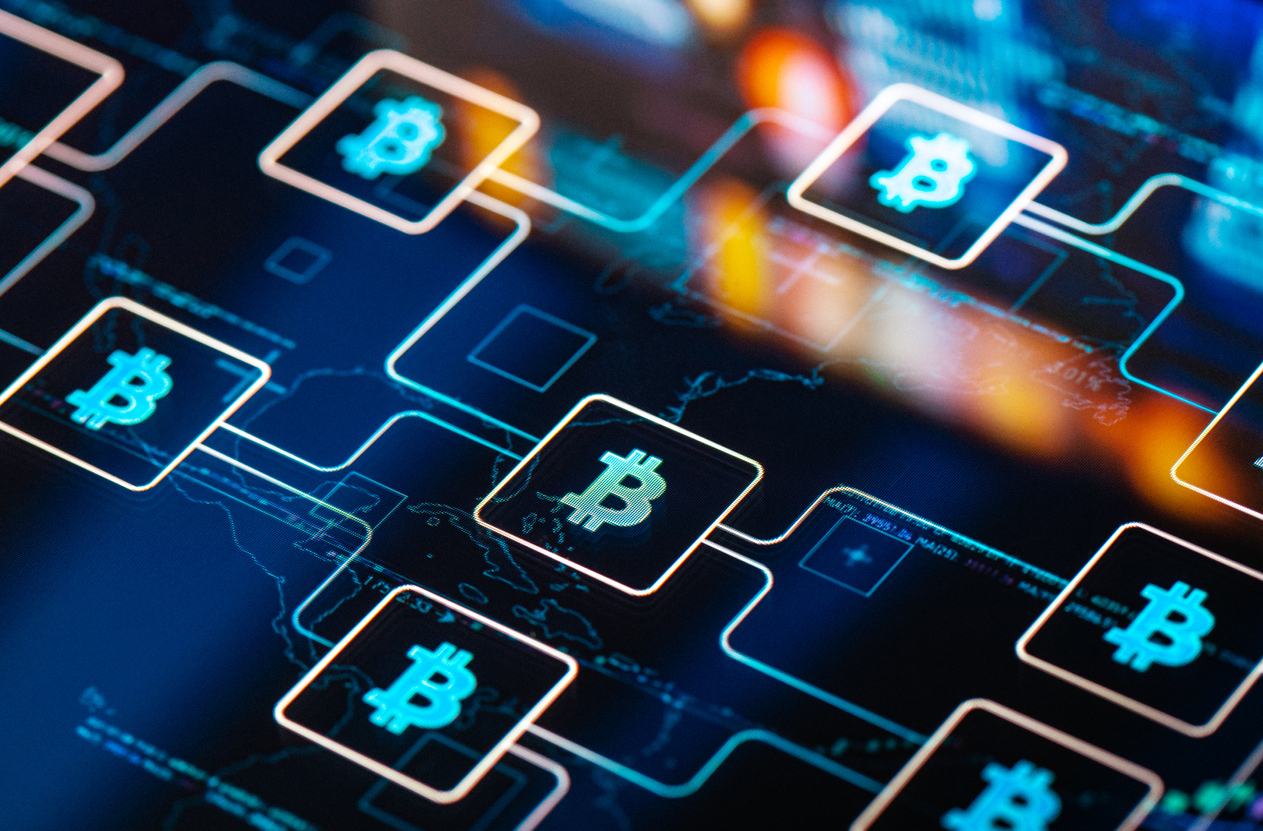 It’s interesting that many mainstream investors have already acknowledged Bitcoin mining as a lucrative source of profit but don’t know what actually happens on the inner side of the curve.

Bitcoin is built on top of a complex and ingeniously crafted infrastructure called blockchain, which is the backbone of Bitcoin production and all other lifecycle stages. For that reason, we’ll try to demystify the notion of crypto mining through the lens of the Bitcoin blockchain. The first thing to learn is that the mining analogy comes from gold mining, as it requires a lot of work and energy to produce favourable results.

How Does Bitcoin Work?

The simplest way to understand a virtual currency is by visualizing it as a computer file. When it comes to blockchain-based currencies, you can’t just paste or email that file to the intended recipient. The truth is that Bitcoin never leaves its native environment, the blockchain. The file we keep on our computer contains data that is required to prove ownership of our digital money.

Also, we can’t just store Bitcoin on the desktop — there are software programs called crypto wallets specialized for that purpose. Apart from serving as storage space for our cryptocurrency, these wallets also create the data we need to manage the coins — a public and private key. This inseparable pair is generated as two 256-bit random strings whereby the public key serves as a destination address for other users to send you bitcoins, while the private key is the secret code you need to control your funds.

Finally, all crypto wallets have a send and receive option that allows you to buy, sell, trade or make a present of your Bitcoin. In this monetary system, Bitcoin transactions are chronologically organized in blocks that, once confirmed, get attached to a digital public ledger or the blockchain.

You see, there is a carefully designed system behind what we simply call digital cash. The most challenging part for developers building it was to ensure full transparency in minting, transferring, and distributing Bitcoin without a centralized regulator.

What Is Bitcoin Mining?

By definition, Bitcoin mining is the process of verifying a Bitcoin transaction without the risk of double-spending or other forms of production manipulation. Because of the lack of human controllers, the Bitcoin system utilizes Proof-of-Work (PoW) consensus that allows all participants, or miners, to decide whether the ongoing transaction is valid. On the blockchain, miners are represented by their computers, called nodes.

So, when you want to send a certain amount of Bitcoin to another BTC address, you simply ask the network to confirm the transfer. From an end-user perspective, this doesn’t differ from any other form of online purchase. However, unlike credit card transactions, for example, which are processed instantly, Bitcoin transactions need 10 minutes to get confirmed. So, what’s happening on the other side of the computer while you’re waiting for a “green light”?

How Does Mining Work?

The very moment you submit the sending request, miners get notified that there is a new transaction waiting in the so-called memepool — a blockchain “lounge” where your transaction stays until confirmed.

When the containing transaction block gets ready for processing, it receives a fragment of additional data, including an SHA-256 hash function that converts the received data input into a 256-bit output, i.e. 256 characters. The miners’ job is to find or “un-convert” the original data input, which is a 4-byte whole number called a nonce. That’s why we popularly say that miners need to solve complex math equations to get new bitcoins. 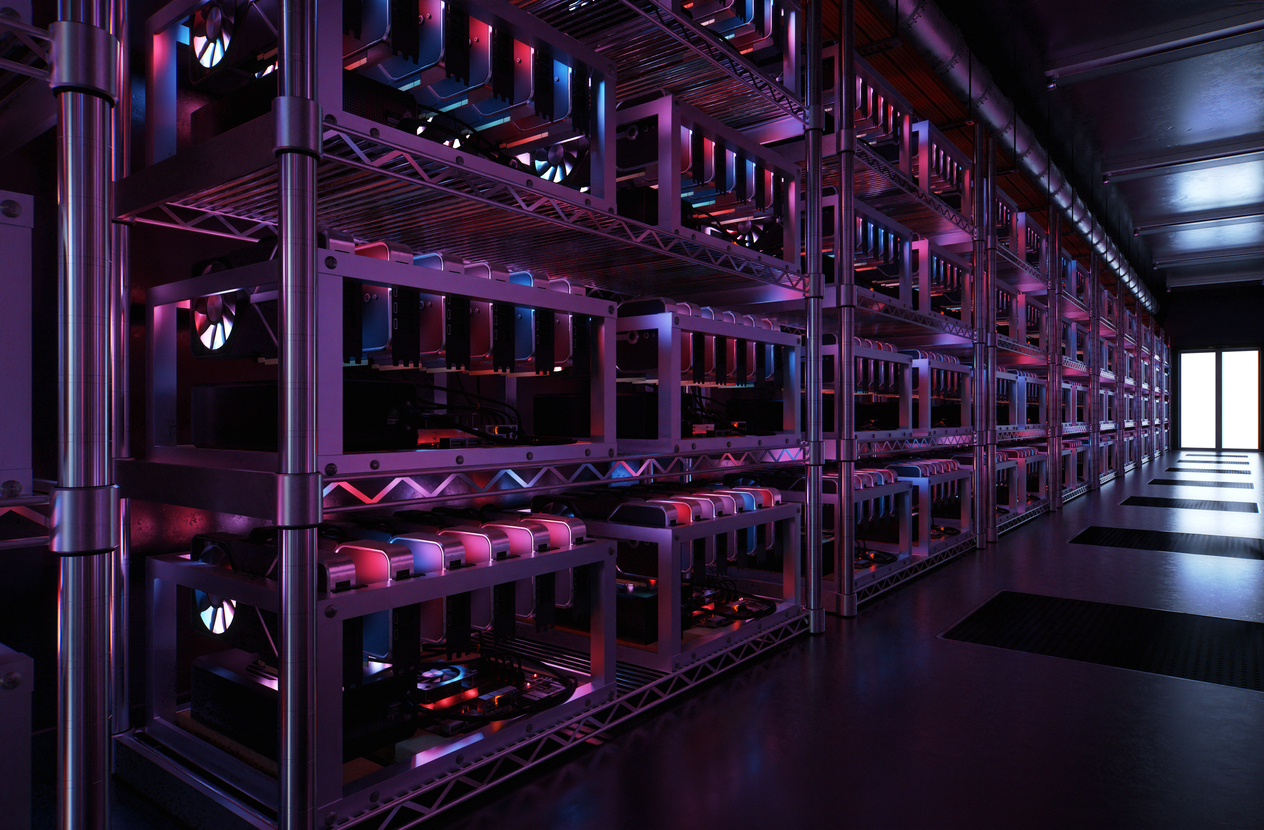 The math task isn’t complex at all, it’s just impossibly difficult to solve. And the process itself is not solving but guessing, which requires millions of hash attempts to get the golden nonce. Each attempt spends a certain amount of computing power — the higher the number of interested miners, the higher the mining difficulty level, and hence, the greater the amount of power spent. For that reason, miners use hardware equipment to process as many attempts (hash rates) as possible in order to win in that guessing race.

The last mining stage is easy — the winning node shows the “proof of their work” to other participants, who need to approve the validity of the transactions and record it on the blockchain with an updated owner. As a reward, the winner receives a predefined amount of newly-minted bitcoins. The Bitcoin code has a built-in feature that limits the total supply to up to 21 BTC units, so the reward amount halves every four years in order to maintain optimal deflation production.

The mining process as described here seems rather straightforward, and it really is. The thing is that due to Bitcoin’s immense popularity, mining has become a fiercely competitive field excluding casual miners from the game.

To look back at 2009, the first Bitcoin was mined by the creator itself from a computer with a regular CPU. However, after Bitcoin got a monetary value, the first bitcoiners started upgrading their computers with GPU boards for better results. The configuration of GPU-enhanced computers turned out to be a perfect fit for the performance of the PoW mechanism.

Yet, the mining game completely changed when the first ASIC (application-specific integrated circuit) rig appeared on the scene in 2012. The first model of Antminer S1 showed 200 times higher hash rate than the standard GPU, and that’s exactly when mining Bitcoin from the comfort of your home became history. Technically, nothing restricts you from trying BTC mining from your homeroom computer even now. The thing is that you’ll never manage to gain a competitive edge among mining farms with tens of thousands of modern ASIC beasts and professional cooling systems.

Another option is to join a mining pool, which is a virtual service provider where miners combine their hardware to compete with mining plants and share the reward based on the contributed power.

From a profitability perspective, Bitcoin mining is still one of the most attractive areas in the crypto industry, given the fact the BTC price hasn’t fallen below $30,000 for nearly two years. However, the initial investment and growing electricity costs can ruin your optimistic ROI predictions the very moment you join the mining arena.

From an environmental perspective, the PoW model has proven to be unsustainable in the long haul, and that’s why many dominant blockchains are transitioning to Proof-of-Stake, as a more energy-efficient method for generating crypto.

All things considered, if you believe in a bright decentralized future but can’t afford a 5-figure investment in mining equipment, it’s perhaps better to start off with mining other altcoins like Monero (XMR) or ZCash (ZEC). Or, even better, buy Bitcoin with ease on a highly-regulated and trustworthy platform like MyBTC.ca