What Is Bitcoin Backed By?

The most common argument of Bitcoin nay-sayers is that “Bitcoin has no value”, referring to the fact that Bitcoin is a purely virtual currency that has no real referent to pinpoint nor is it pegged to anything of value.

According to these skeptics, Bitcoin’s value lies only in our belief that it has any value at all. Yet, one finds it hard to believe this judging by the fact that Bitcoin, at the time of this writing, is worth more than $20,000 USD and its market capitalization towers well over $352 billion!

Moreover, one could use the same argument to question the value of fiat currencies too. After all, aren’t they backed by our trust in them as well? Do they really have an intrinsic value on their own?

Keep reading to find the answers to these and many other pressing questions on whether or not Bitcoin is backed by anything at all.

What Are Fiat Currencies Backed By?

Before we explain where Bitcoin gets its value from, we think it will be really helpful to compare and contrast the same notion in fiat currencies. Fiat currencies are government-issued currencies that are typically considered legal tender in a given country. The Canadian Dollar (CAD), for example, is the fiat currency of Canada.

Every fiat currency has a certain value that allows us to use it in exchange for goods and services. If you want to purchase a book worth 5 CAD and give the cashier a five-dollar note with Sir Wilfrid Laurier’s face on it, the cashier will accept your note without objections.

We are so used to these types of money exchanges and conduct them on a daily basis without ever questioning them. However, if you think about it, who says that this five-dollar note is really worth 5 CAD? 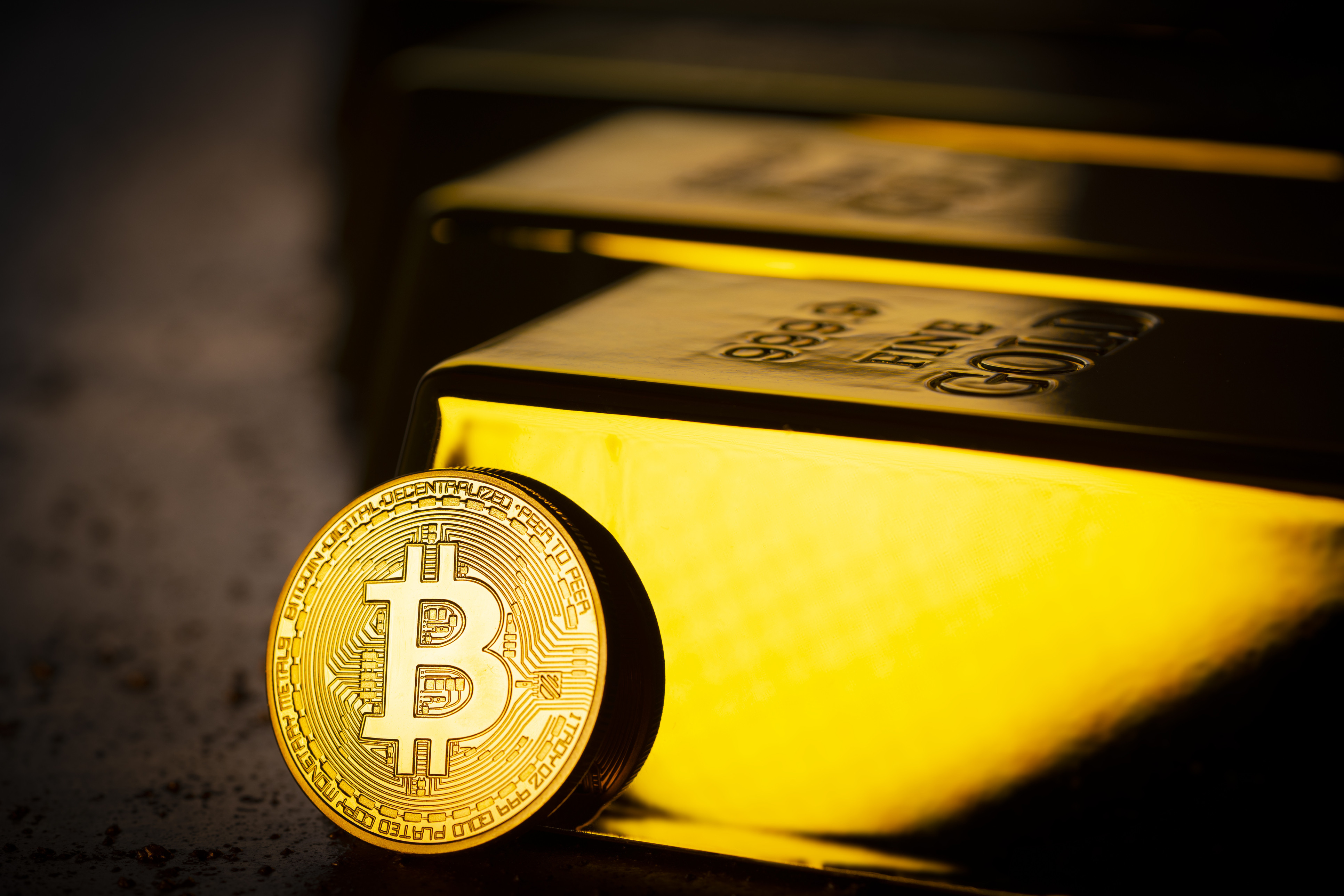 In the middle of the XIX century, the wealthiest countries in the world started using a monetary system known as the gold standard.

This meant that regular paper money and coins were redeemable for gold upon demand, i.e. their value was backed by a commodity - gold. The government set a fixed value of the Canadian Dollar against gold and had to keep enough gold reserves to back its circulating supply. This ensured that people can convert their CAD for gold whenever they wanted to.

The gold standard system proved unsustainable during the Great Depression, as governments struggled to maintain their gold vaults. Instead, the Bretton Woods agreement came into force in 1944, at which point, the Canadian Dollar and other currencies such as the British Pound were pegged to the US dollar.

The US was used as a gold standard for the countries involved in this monetary system who had to keep their gold reserves to the same level as there were US dollars issued. During this time, the exchange rates remained fixed.

In 1971, the then-President of the US, Richard Nixon, ended the Bretton Woods agreement due to public debt and monetary inflation. The newly proposed fiat model meant that national currencies were no longer backed by a commodity such as gold. Instead, they’re pegged to our confidence.

Fiat currencies have no intrinsic value and depend on the strength of the economy and the existing supply and demand. As long as people keep their trust in governments and the central banks as bodies responsible for maintaining our spending power, these governmental bodies can print as much money as they need.

Basically, we exchange coins and paper notes even though they have no intrinsic value because we are confident that others will accept this money as purchasing power. Our acceptance of fiat currencies is based on presumptions and experience, while their value is contingent rather than fixed.

At first sight, people tend to think that fiat currencies are more legitimate because they’re backed by the government, regulated by intermediaries (financial institutions and banks in particular), and enjoy widespread usage.

In comparison, Bitcoin has attracted a lot of stigma because people frequently misunderstand its decentralized and pseudonymous nature. There’s a common belief that Bitcoin is the driving currency behind an illegal goods market. This is further perpetuated by powerful individuals like Donald Trump and billionaire tycoon Warren Buffett who talk about Bitcoin as a currency of “no value”.

However, unlike fiat currencies, Bitcoin is backed by secure cryptography and scarcity (Bitcoin’s supply was hard-capped at 21 million BTC). Its founder, Satoshi Nakamoto, developed the first fully-fledged decentralized electronic payment network that replaced trust in institutions with cryptographic proof of work mechanism.

Bitcoin transactions take place and are later stored on a public ledger called the blockchain. Although public, meaning everyone has access to the transaction history, the blockchain only lists the users’ encrypted addresses known as public keys instead of their personal names.

Moreover, the blockchain is more secure than any centralized payment system because no third-parties can alter or remove the data. The complex algorithm makes sure that if someone makes changes to a block of data, the network will immediately detect it as the blocks next in line will be out of sync.

The most revolutionary thing about Bitcoin is the fact that it’s not governed by any central authority. As a result, no single entity can inflate its supply or enforce its value and make it conform to certain rules.

However, despite the high-level security of its decentralized technology, Bitcoin still lacks the mainstream adoption and confidence enjoyed by fiat currencies. The complex algorithms at play are too abstract for people to grasp and put their trust in them. We’re so used to tangible objects and physical currencies, so the thought of virtual chains of money transactions seems rather alien and incredulous.

In the last couple of years, things have changed for Bitcoin and other cryptocurrencies. For instance, leading payment providers like PayPal, Visa, and Mastercard have voiced their support for Bitcoin, either by issuing Bitcoin prepaid cards or allowing their customers to buy and sell Bitcoin with their online accounts (in PayPal’s case).

On top of that, more and more merchants have started accepting Bitcoin payments. A recent study shows that these merchants are more likely to attract new customers and the purchases they make are significantly larger than those of other customers.

Is Bitcoin Worth Investing In?

In twelve years, Bitcoin has come a long way in terms of value and utility. As its adoption continues to grow, Bitcoin will be backed not only by its sophisticated technology but by people’s confidence too.

The COVID-19 pandemic has been just one proof that investors are turning to Bitcoin as a safe haven, i.e. a safer alternative to fiat investments in times of financial crisis. Three years after hitting an all-time high, Bitcoin broke its record in December 2020, and now surging past $20,000 USD. It remains to be seen what comes out of this amazing rally!