Kintsugi, also known as golden joinery, is a Japanese art form in which broken ceramics, pottery, and other objects are repaired with a special lacquer mixed with gold, silver, or platinum. This artform can be analogous to the ongoing new history of Bitcoin. Let’s take a look at how.

During 2022, Bitcoin has been subject to a barrage of adjectives launched by mainstream media and other nay-saying channels throughout the internet. “The Year Bitcoin Broke”, one headline reads. “Bitcoin’s Dead”, claims another. Such negative attempts at sensationalising typical market behaviour is meant to both gain attention and shatter confidence.

The nature and philosophy of Bitcoin is quite similar to the traits of Kintsugi. If the coin’s reputation is damaged or fractured, the crypto community acts to perform the art of re-constructing the structure and resolve of the benchmark crypto. This is done through belief, and the more Bitcoiners who don’t give up each time the bears swat downward pressure, the further the case for Bitcoin. 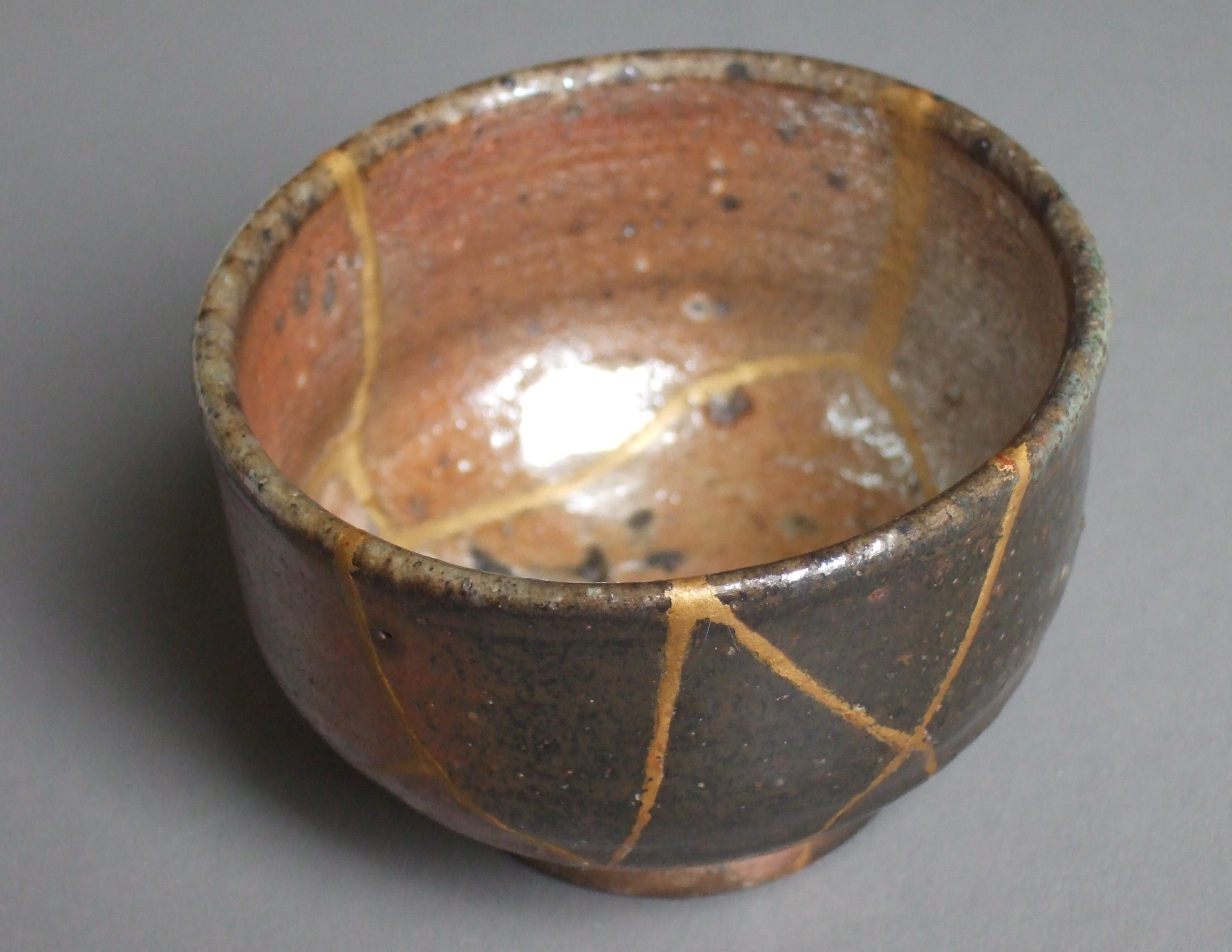 The repaired object, or reputation — to continue the analogy, is then polished to a shine, highlighting the re-established areas and emphasising the uniqueness of the piece. Each doomsday gloom cycle the cynics spin, comes a potential for a bull market as the sellers’ music stops. We’ve seen this happen repeatedly throughout the past in cryptocurrency markets.

In traditional Japanese culture, the art of kintsugi represents the belief that imperfections and flaws are a natural and integral part of an object's history, and that they should be celebrated rather than hidden or discarded. With Bitcoin, the massive selloffs triggered by fear-induced market contagion and overdue market corrections are visible in the chart history for traders to review, analyse and discover for years, decades and perhaps centuries to come as we continue the linear comparison.

Like the art of kintsugi, Bitcoin is seen as more valuable and beautiful because of its volatile history, and the repaired areas or in Bitcoin’s instance, battle scars, can be considered a testament to Bitcoin's resilience and strength.

The precious metals that are used to mend an object using the kintsugi technique are often scarce, which adds to the rarity of the object, making it even more valuable. Bitcoin’s scarcity also adds value; as each time coins are lost or held indefinitely over long periods of time, the remaining finite amount of Bitcoin in circulation becomes more desirable.

Chart below sourced from SoFi Learn: 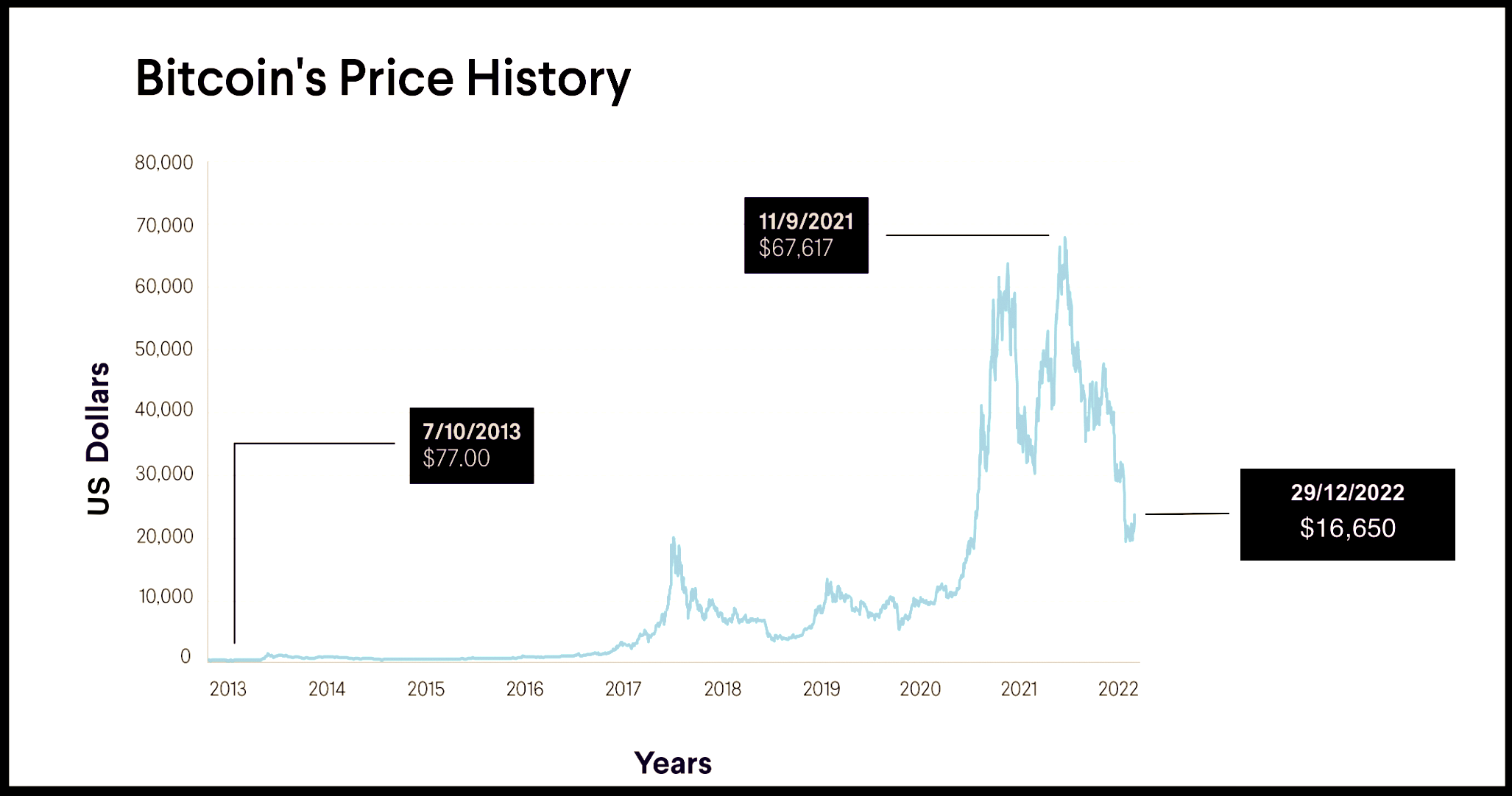 Looking back on Mt. Gox hack, the death of Facebook’s Libra/Diem stablecoin venture or the great Covid-19 dip of March 2020, to name a few, we can see that Bitcoin and its surrounding community have (to date) managed to mend the coin stronger and arguably more desirable than it had been previously.

The question that many Bitcoin believers, analysts and industry experts are asking now, which you may have heard before, is not ‘if’ but ‘when’ the next “golden joinery” will be complete, and how much value will Bitcoin gain?

Interested in collecting more rarity in your digital assets portfolio by purchasing a chunk of Bitcoin’s finite supply? Visit MyBTC.ca/fund to add money to your account balance and pad your investment position today!