How to Mine Ethereum

Ethereum (ETH) is one of the most inspiring blockchain stories. It appeared on the crypto scene in 2014, carrying forward the idea of decentralization that Bitcoin had already introduced. Since then, Ethereum has ranked second on all relevant crypto charts.

Yet the Ethereum community doesn’t seem frustrated with the runner-up position. The thing is that Ethereum was never meant to surpass or replace Bitcoin (BTC) — the two of them strive for different goals. While the Bitcoin blockchain produces a valuable asset with the quality of digital gold, Ethereum sets the grounds for the development of new utility tokens, NFTs, and decentralized apps (dApps). In this ecosystem, its native coin, Ether, serves as a driving force in how participants interact within the network.

Despite being two different worlds, both blockchains utilize the same technology for minting new coins — mining. At least for now. Ethereum is transitioning to another operational model that is likely to change its development on a fundamental level. For that reason, let’s discuss mining Ethereum and get ready to welcome the birth of ETH 2.0.

What Is Ethereum Mining?

Ethereum is an open-source, decentralized ledger that enables the use of smart contracts on top of its network. These are self-executing codes that run automatically after the involved parties have met the given criteria.

These self-regulating mechanisms successfully replace third-party intermediaries in users’ financial communication, introducing a rare model of workable decentralization. That’s because the Ethereum network validates the incoming transactions with a consensus of all involved participants or miners. This consensus mechanism is called Proof-of-Work (PoW), whereby miners contribute computing power to the network to ensure a secure environment and prevent double-spending. 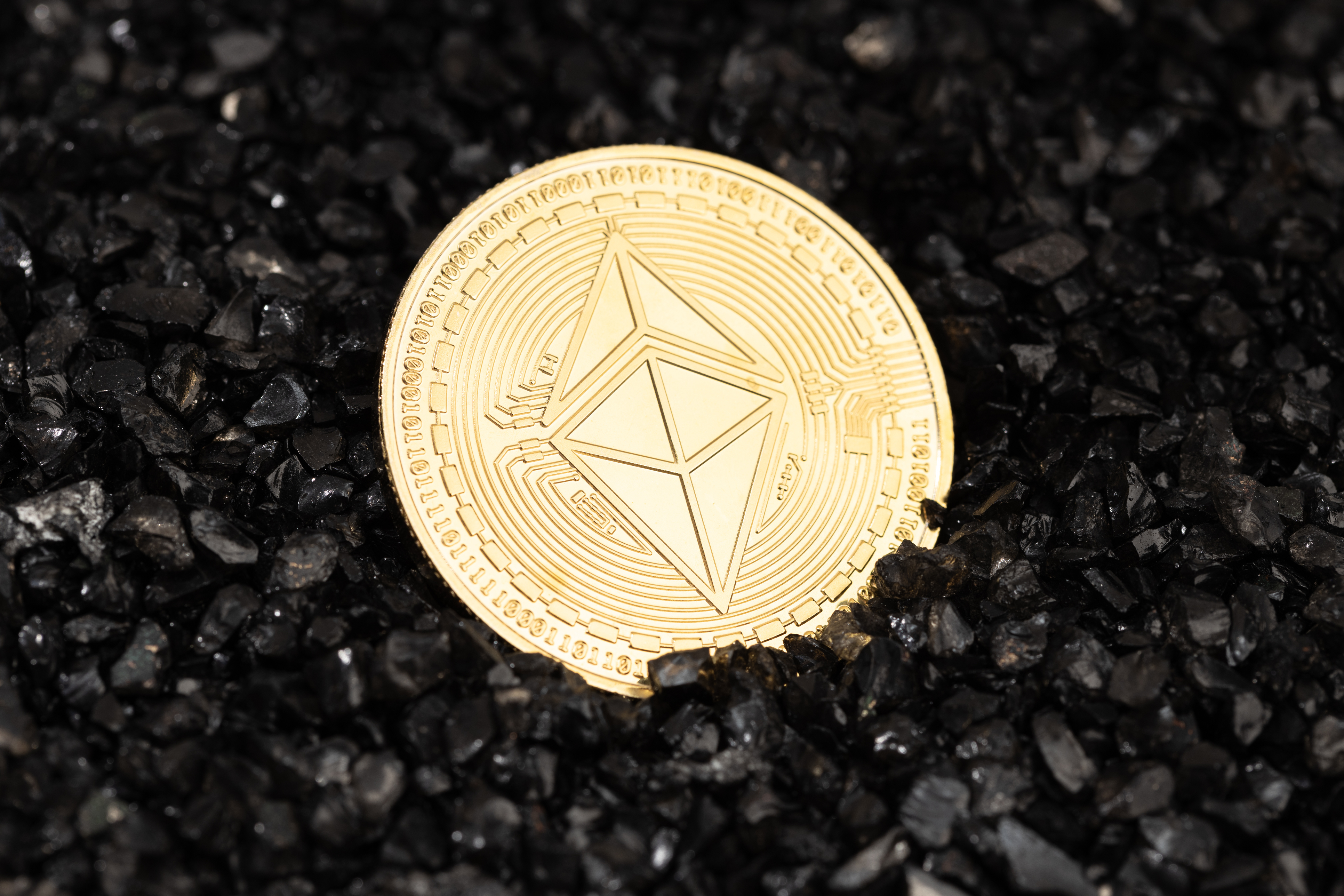 In return, miners receive a certain amount of newly-generated ETH and collect the transaction fees (gas) that users pay to the blockchain for each executed transaction. The entire process is conveyed in the form of a lottery. Miners compete against each other in being the first to solve or rather guess the math equation. Accordingly, only the winner earns the right to attach the block of transactions to the blockchain and hence, get the promised reward.

The difference between Ethereum and Bitcoin mining is not that obvious at first glance, so let’s take a closer look.

First, Bitcoin employs an SHA-256 hashing algorithm, while Ethereum uses the ASIC_proof Ethash algorithm. This means that the Ethereum blockchain doesn’t allow miners to “measure the forces” with ASIC hardware. ASICs are powerful machines that reshaped the Bitcoin mining industry by delivering outrageously high hash rates counted in Giga and Terra Hashes. On the other hand, the Ethereum code is optimized for GPU mining in an attempt to preserve its decentralization.

Another key factor that determines the mining route of Ethereum is the total supply. Bitcoin, for example, comes with a limit of 21 million units and regulates production by adjusting the difficulty level of the equations, together with the standardized reward halving every four years. Ethereum, on the other hand, is inflationary at its core, which means that there is no code-embedded limit. Instead, developers manually adjust the block award.

Despite being classified as ASIC-resistant, Ethereum mining has become burdensome over time. In the first years, when ETH had insignificant monetary value, mining was a geeky hobby practised by crypto enthusiasts who wanted to support the cause of decentralization. However, now that Ethereum's price is forming a handsome, four-digit number, mining is considered an expensive business, unsustainable in the long haul. 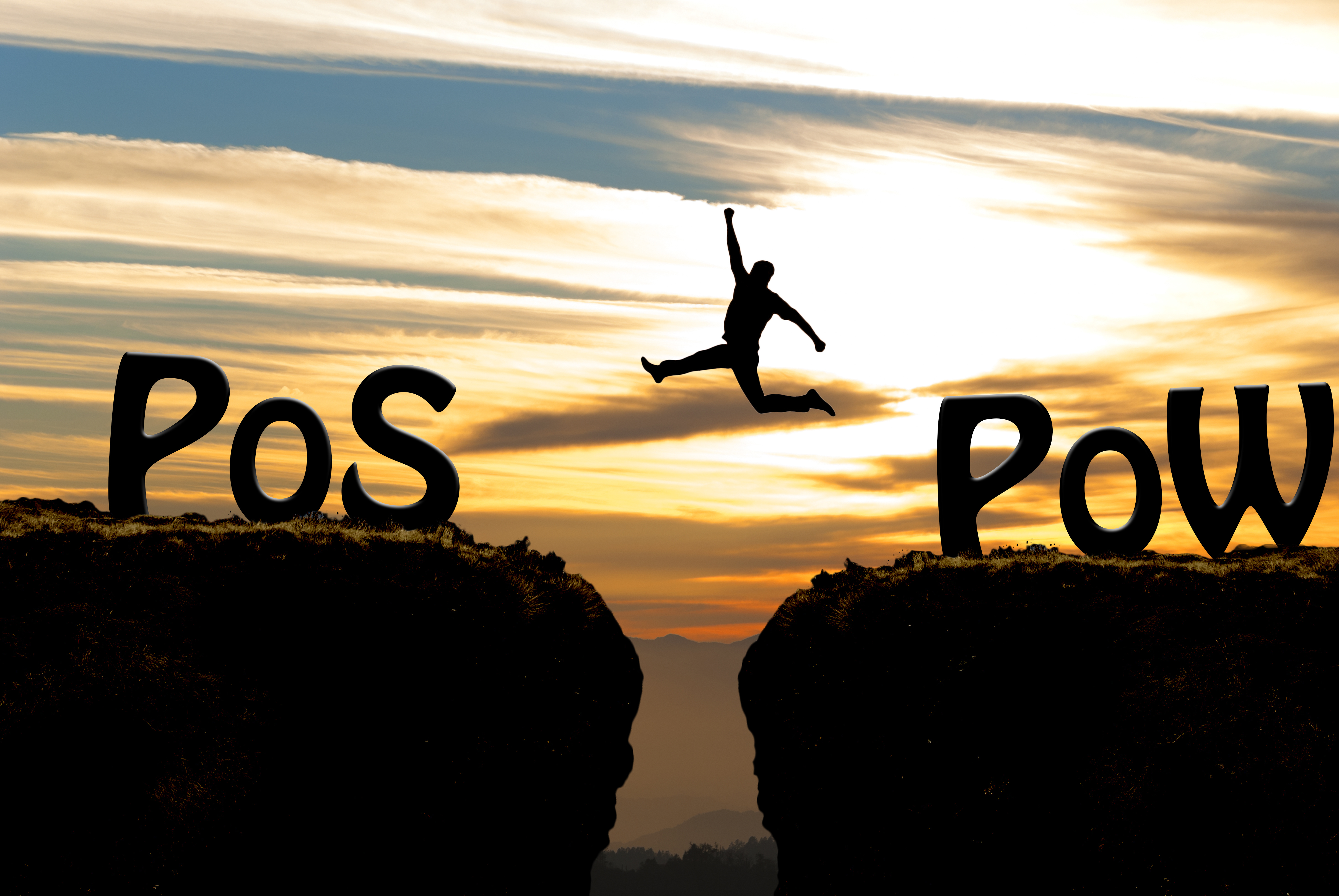 That’s one of the main reasons why Ethereum is transiting to a more modern consensus called Proof-of-Stake (PoS). PoS blockchains don’t recognize mining as a method for maintaining the network security and production of new coins. Instead, they make use of a well-established practice known as staking.

Simply put, PoS participants don’t invest computing power to take part in the validation process. They stake coins they already have and receive more coins as a reward after the mining session. Certainly, the staking system is also built on a competitive basis with the difference that players aren’t called miners but validators.

That said, you should be aware that PoS transition is a technically challenging process, conveyed in multiple stages. Developers have already implemented the Beacon Chain, which delivers PoS to the Ethereum blockchain, but the new system hasn’t entered the mainnet yet. The final Merge is scheduled for the second half of 2022.

How to Be a Network Validator

As we’re counting down the days to sending Ethereum mining in history, let’s focus on our staking options. Technically, everyone who owns a certain amount of ETH can become a validator. More precisely, you need 32 ETH to set up the validator software, but you can also stake less. There are 4 choices to consider if you want to take part in the ETH consensus and earn some profit.

Solo-staking allows you to be your own “crypto boss,” running an Ethereum validator entirely by yourself. Solo staking is the ultimate way toward decentralization because of the absolute absence of a third party in the process.

However, staking is much more demanding than regular buy-and-sell ETH activities. It comes with a bunch of tech requirements, which can be just overwhelming if you lack basic blockchain experience. This is the to-do list you need to complete if going solo:

Staking-as-a-service is a trending method for managing your ETH holdings through an external staking provider. These providers are specialized in staking, maximizing your prospects for a favourable outcome in return for a service fee. On that account, they disrupt the trustless core of Ethereum but can serve well if you don’t feel prepared enough to activate your own validator.

In this setup, DeFi protocols play a key role. They ask you to stake ethers and receive a reward in their native token, which can be later redeemed for ETH2.

This approach is suitable for causal investors who want to try their hands at taking but don’t have the required collateral of 32 ETH. Similar to mining pools, pooled-staking providers operate in a centralized manner. They join the Ether savings of multiple users and enter the staking field as a single, powerful validator node. Later, pools share the rewards with all participating validators in proportion to their stake.

Centralized exchanges (CEXs) have always been the most amicable gateway to the crypto realm. They can also serve as a reliable intermediate in the staking process. The exchanges that support PoS-based cryptocurrencies usually have a separate staking option that enables you to stake your coins directly on the exchange. In this stake scenario, you’re free to go after the initial investment while leaving the exchange to handle all tech requirements on your behalf.

The Ethereum PoS transition is going to be huge. Not only will it replace the exhausting mining process, but it will also contribute to the overall performance of the Ethereum network. The PoS consensus will solve many long-lasting Ethereum issues, such as poor scalability and excessive power consumption.

For the record, once the merge is finally over, there will be no difference between ETH and ETH 2.0. Perhaps you can keep some of the “sweaty excavated” Ether coins as a souvenir of the time when there were still Ethereum miners.