How Much Bitcoin Is Left?

Ever since its launch back in 2009, Bitcoin (BTC) remained the undisputed leader of the crypto market, which is nowadays worth more than 2 trillion USD according to Coinmarketcap. The market capitalization of Bitcoin is by far the largest and no altcoin has managed to even remotely reach the popularity of the first digital currency in the world.

The story of Bitcoin started back in 2008, with the publishing of the BTC whitepaper by anonymous programmer(s) Satoshi Nakamoto, who laid out the basics of the first decentralized, digital cash, that would later become the blueprint for successful altcoins. Bitcoin has managed to achieve immense value, coming a long way from its price of a couple of dollars per coin in its early years, and reaching high prices such as nearly 67,000 USD per coin in October of 2021.

Apart from the massive adoption rate that gives it value, Bitcoin’s high market price is also due to its scarce supply. The maximum supply of BTC was capped at 21 million coins by Satoshi Nakamoto, which makes BTC a sort of digital gold, compared to the likes of Ethereum (ETH) that don’t have a limited coin supply.

In this guide, we’ll take a look at how the Bitcoin blockchain works, what BTC mining is, how many coins are currently on the market, and how many are yet to be mined.

The BTC blockchain is the first use of blockchain technology as a network for facilitating cryptocurrency operations. Unlike fiat money, which can either be deposited in bank accounts, credit cards, and debit cards through complex bureaucratic procedures that take a lot of time, Bitcoin can be exchanged between individuals living anywhere in the world, through its blockchain. A usual BTC blockchain transaction takes between 5 and 10 minutes. This is much faster compared to bank transfers that take hours or sometimes even days, especially when there are several intermediary banks for international transactions.

Basically, the Bitcoin blockchain is a distributed public ledger of transactions. The transactions can be viewed by anyone using a blockchain explorer such as Blockchain.com. The blockchain consists of 1MB data blocks that house transaction data and they are set in a linear, chronological chain from first to last block. Each block and all transactions within it are protected by advanced BTC encryption protocols that make sure no one can alter the contents of the data and no fake transactions or scams can get processed through the blockchain. 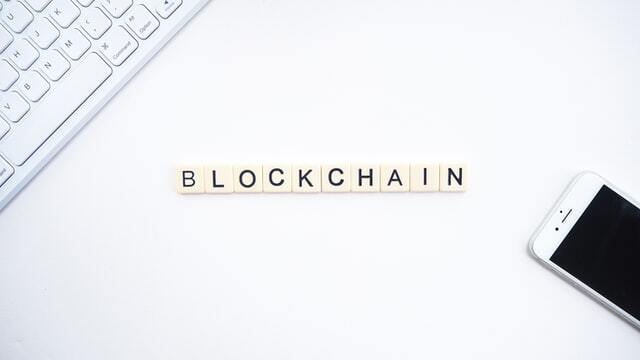 Bitcoins never leave the blockchain network when they’re exchanged - they just change virtual locations on the blockchain, i.e. fall under different Bitcoin addresses. These addresses are stored in Bitcoin wallets and act as destinations where someone can send you Bitcoin. In case you want to send some Bitcoin to another address as a payment, you need to have a private key to access your funds. This is a sort of password that proves you are the owner of a certain amount of BTC on the blockchain.

Public keys and private keys are how you receive and initiate BTC transactions. Once a transaction is initiated, the transfer data needs to go through a complex process to get verified by network nodes before it can reach its final destination.

Bitcoin mining has an essential role in the BTC ecosystem. The Bitcoin blockchain is fully decentralized, which means there’s no central authority that validates transactions. There’s no central server and the network can’t be shut down by taking down a single network node. This is because there are numerous BTC network nodes that are actually miners and their mining rigs. They are responsible for validating all transactions on the blockchain. 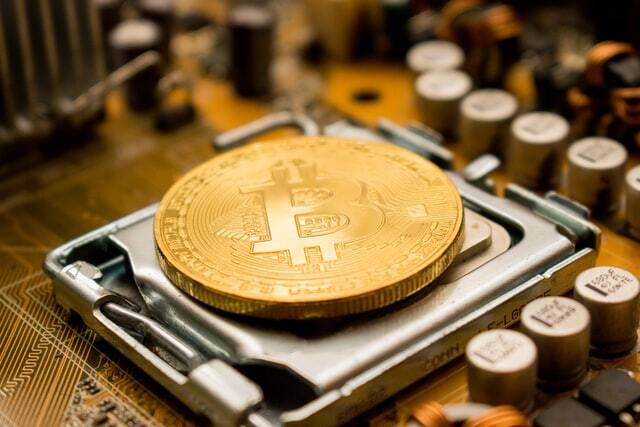 When a transaction is initiated, an encrypted message containing transfer data is sent out through the blockchain. This message needs to be decrypted with the appropriate 64-digit transaction hash that corresponds with that transaction, in order for it to get validated. Miners use the computing power of their mining rigs to find the appropriate 64-digit hash through trial and error, by trying out a high number of combinations.

Once a transaction is sent out through the network, it first enters a memory pool (mempool), from where it is selected by miners based on its transaction fee. When the miner selects a transfer and manages to find the appropriate 64-digit hash, they automatically send out the hash to the rest of the network as a proof of work, which needs to be confirmed by multiple independent miners before it can finally get approved and processed through the blockchain.

After a transaction is finally approved, it gets included in the next blockchain block and when the block is filled with 1MB of approved transactions, the block is officially created and added to the chain. At this point, the miners that participated in the approval of the transactions by finding the appropriate hashes, get awarded with freshly mined bitcoins or Bitcoin fractions. These bitcoins are regarded as block rewards and they are the main incentive that motivates miners to act as BTC network nodes and validate transactions.

Bitcoin Supply: Find Out How Much Bitcoin Is Left

The Bitcoin hard cap is 21 million coins, but there are still many of these coins that aren’t yet mined. The best way to monitor all the key information about Bitcoin is to check the BTC blockchain through a block explorer where you can monitor all the transactions, transaction volumes, and other key characteristics of the BTC network. A good option is to also check the Bitcoin page on Coinmarketcap, where you can see the exact number of bitcoins that are circulating on the market and you can easily calculate how many coins are yet to be mined until the final amount of 21 million BTC is reached.

The thing with Bitcoin mining is that it doesn’t always have the same speed, not only because of the fluctuation in mining hash rates, but also because of the built-in mechanism of the BTC protocol called Bitcoin halving. Halving has been an integral part of the network since its launch and it refers to the halving of the block rewards every four years, or every 210,000 BTC blocks.

This mechanism was implemented as an anti-inflation measure in order to control BTC scarcity automatically by the network. Each time a halving occurs, the block reward gets lowered by 50%. For example, during the first halving in 2012, the block reward was lowered from 50 to 25 BTC per block mined. The current block reward, after three halves, is 6.25 BTC per block. This means that Bitcoin mining is getting drastically more difficult, requiring more time and hashing power. At this rate of halving, the last Bitcoin block probably won’t get mined before 2140.

After the last Bitcoin gets mined, transaction fees will become the main incentive for miners to validate transactions, and it is estimated that the fees will get corrected by the market to appropriately reward miners for their work.

Understanding how Bitcoin works is of key importance for BTC investors and traders of all experience levels. It’s quite common for crypto beginners to wonder how much bitcoins are there on the market and whether BTC mining is a process that will end one day. Hopefully after reading this article, the answers to these questions are clear. In case you’re wondering about other Bitcoin-related topics, such as how to buy BTC or cash out your coins, feel free to check MyBTC.ca for more useful guides.