5 Reasons Why Bitcoin Is Safe & How To Buy It

One of the most interesting changes technology is currently undergoing is in the field of cryptocurrency. More specifically, the cryptocurrency Bitcoin as a digital medium of exchange uses impenetrable cryptography to protect and pass financial transactions.

In addition to this, it is also making smaller contributions such as controlling the creation of additional units, verify transfers, and managing of assets. All in all, it is proving itself to be the future of money. If that doesn't show you how far we have come, who knows what else will?

That being said, there is still another crucial question that needs to be answered. That question is in regards to how safe a Bitcoin exchange really is. With doubters pointing out any little discrepancy or error in the Bitcoin exchange system, they are forgetting the fact that it is still a relatively new innovation.

Given how much it has had an influence on us so far, the future looks incredibly bright for Bitcoin all things considered. However, just in case there are still doubters among us, here are the 5 reasons why a Bitcoin and its blockchain is safe and how to buy this cryptocurrency.

One of the most persuasive reasons why people are jumping into Bitcoin now is because of how mainstream it is becoming. Since its creation as a digital platform in 2009, it has already garnered the creation of almost 32 million Bitcoin wallets as of 2018. This includes an estimated five percent of North American holders, over 7 million active users, and a collective user base of nearly 15 million people. Again, this is just in the last decade.

Imagine how much those numbers are going to grow in a decade from now. As far as how this proves it is still a safe investment to jump into, the numbers should do the talking. Why would nearly 15 million users invest in Bitcoin if it wasn't safe? That doesn't make any sense. Also, it isn't just a trend, it has proven to have real staying power.

Regardless, there has never been a better time to pull the trigger on this cryptocurrency. The more someone waits on it, the more crowded the scene will become which will result in more buying sentiment which should only drives the price up over time.

#2: It Is Becoming Globally Adopted At A Tremendous Rate

One of the results of its growth in mainstream popularity is the fact that its global adoption is also growing at a tremendous rate. As of 2019, the four most popular countries for Bitcoin adoption are the United States of America, Canada, Australia, and the countries combined within the European Union.

As we can imagine, this takes up millions upon millions of users already. Just imagine how large it is going to get once it as become adopted by the same percentage of the population in rest of the world. In fact, that is exactly where Bitcoin is headed. In only a matter of time, Bitcoin and cryptocurrency are going to be fully adopted by the rest of the world. It is going to make financial transactions easy, fast, but more importantly safe.

Now, global adoption is one thing but, global integration is another. it is going to take some time to get people used to the system. Once it reaches this point, it will surely become by far the safest method of digital transaction. That said, there is no stopping Bitcoin from becoming fully integrated on a global scale once it is adopted as the primary digital currency exchange system.

#3: It Is On The Brink Of Being Heavily Regulated

Having discussed its growing mainstream popularity and global adoption, the next natural step in proving its safety is that it is on the brink of becoming heavily regulated. Despite that most people are against regulation of any kind when it comes to most things, heavy regulation of Bitcoin is a good thing.

What regulation for Bitcoin will result in is strict and enforceable rules that are only going to cut hacking or cheating of any kind. Best case scenario, it will lead to a fully clean and safe digital exchange platform. Without a doubt, this is Bitcoin's main goal.

Apart from Bitcoin, there are also many other real-world examples that prove how beneficial regulation can be. To go out on a limb, we can look at MMA as an example of regulation being a good thing. Before it was regulated and sanctioned, MMA was seen as a blood sport with no real entertainment value. Once it got approved and a good system of rules was put in place, it has arguably become the fastest growing sport in terms of popularity. The same can and will eventually happen with Bitcoin.

#4: It Is Still Being Innovated

Another reason why Bitcoin is still a very safe investment to make is that it is still being innovated. Remember, Bitcoin has only been around for 10 years. That is nothing in the business and technology industry relatively speaking. In fact, it is still considered a baby company in the grand span of things. Because of this, there is still tremendous innovation that is going to take place naturally. 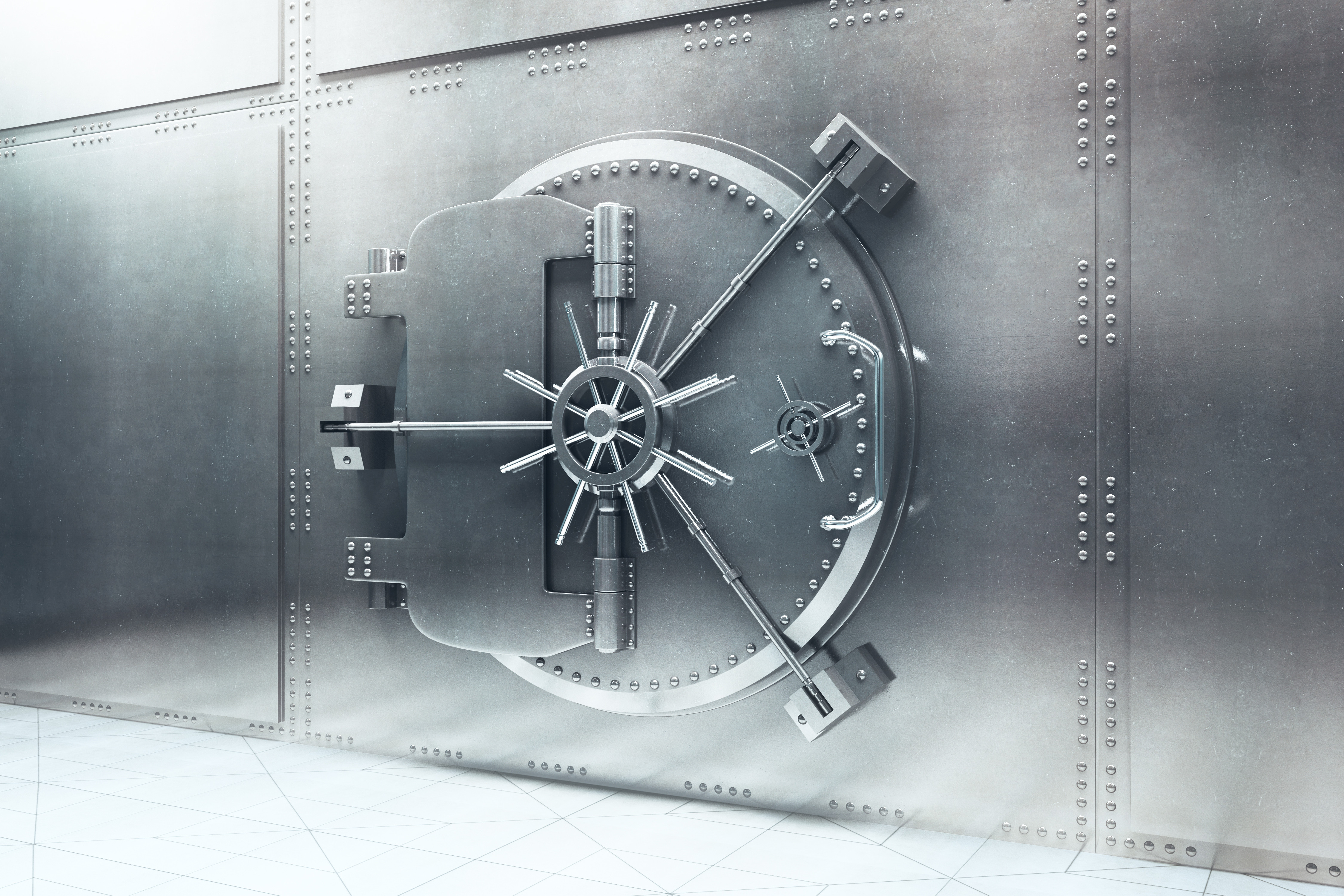 From user interface changes, system updates, or anything else similar, these innovations are going to drastically improve its safety. As a matter of fact, there is no way Bitcoin can legitimately become a global powerhouse if it doesn't have strong safety nets first. The same goes for any other company. A company simply can't expand without having the safety and attention of its clients in mind first, right? That being said, everything seems good for Bitcoin so far. If it can create sure-fire innovations, sure-fire protection will come along with it.

#5: Bitcoin Has Always Proven To Be Reliable

As mentioned before, Bitcoin has already proven it can scale. That is not up for debate. However, one more important distinction that also proves its safety is that it has also proven to be a reliable cryptocurrency system. The reason this is important is that this is also the main problem that is hurting the cryptocurrency industry.

Constant outages and fluctuations in the different systems cause panic and flat out push potential investors away from the market. Of course, this is leading to the devaluation of the market as a whole. However, this is not the case with Bitcoin. In fact, its reliability is perhaps the main reason it is by far the most popular and trusted cryptocurrency system out there.

Bitcoin hasn't had a major outage since 2013 due to outdated software. This was more of a technological issue than anything Bitcoin could actually control internally. Since then, they have gone 5 solid years without any mishaps. Also, when we throw in the fact that it is only getting better in terms of reliability given the advancements of technology and, we are given the most well-rounded and safe cryptocurrency system in the world.

How To Buy Bitcoin

Now that we understand how safe Bitcoin really is, we can get to the fun part. As far as how to actually get Bitcoin, we make it easy for everyone. You can acquire it through virtually any online payment method such as Interac e-Transfer, Bank Wire and Flexepin vouchers.

That said, one important note to make is that any Bitcoin acquired is going to go through what is known as a Bitcoin Wallet. This is basically a way to store and keep track of the Bitcoin you buy. Since a Bitcoin is not a physical coin, there needs to be an online database to handle it. That is another way of looking at your Bitcoin Wallet.

Now that we have an understanding of its history, how to buy it, and reasons why it is still safe to buy, what's the hold-up?

When we look back at the turn of the 21st century, surely not even experts predicted how fast technology would advance in such a short amount of time. For that matter, much less could they have predicted the type of impact it would have on our daily lives.

Technology has integrated itself in our lives to the point where any catastrophe would set up back hundreds of years on a technological scale. This is one of the main pieces of evidence that proves people's claims that we have become too reliant on technology for our survival.

Nonetheless, we can't ignore how beneficial it has been so far. From the medical field to the business field, the way we order food, and quite literally everything else in between, technology such as Bitcoin has sped up the process in which we can advance all together.

DISCLAIMER: This article is for educational use and should not be considered investment advice,